Difference between revisions of "Veteran"

First Gold Box was worth 1 000 crystals. Initially, no one knew how, where, and when this bonus would appear. First Gold Box fell on the map "Kungur" when the battle fund was 700 crystals, it was caught by player Noosya. Later, Gold Boxes began to fall almost on every map, but their value was cut to 100 crystals. Now, the drop zones of the Gold Box drop exist on all maps and the value has again been increased to 1000 crystals.

A paint given to legendary tankers who earned their fame in years of cybersport trainings and victories. The dark gold color stresses experience and wisdom, while a texture similar to Champion tells everyone that the owner of Veteran is not just a fighter, he’s a winner.

Attention! The paint is given to the legendary tankers who earned their fame in years of cybersport trainings and victories. 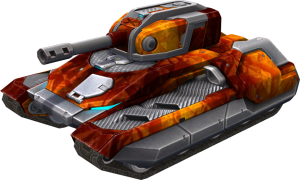 Retrieved from "https://en.tankiwiki.com/index.php?title=Veteran&oldid=11840"
REQUEST TO CUSTOMER SERVICE
We have recieved your request for our services and we will get in touch with you shortly.
Report a problem