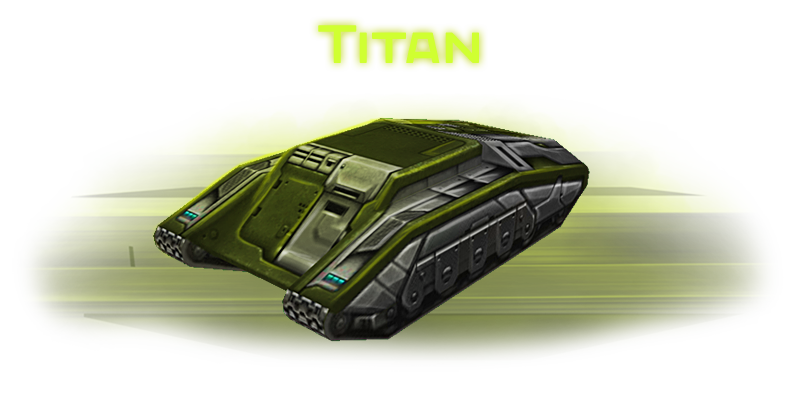 Titan, true to its name, is a massive and intimidating machine, the lighter (relatively speaking) of the two heavy hulls. Controlling specific locations such as drop zones, sniping locations, and control points is no issue for this gargantuan, and its impressively high power can make sure it stays that way, allowing no one to simply shove them away. A centered turret means that reverse is simply just forward spelled wrong -- no side is more susceptible to injury than the other. The weapon you choose for this hull is fairly important depending on the match; for example, a Titan / Firebird may not be the brightest of choices on Parma or Dusseldorf. If you're more of a player that takes pride in acting steadfast over more mobile gameplay, then Titan is a perfect choice.


Heavy hull for the hardest defence duties. Armor from the strongest titanium alloy combined with the perfect structure and geometry make Titan a perfect shield from even the big caliber turrets. And when it’s not enough, you can dispatch a stationary field generator, decreasing all incoming damage in a major way. Under the protection of the dome, you and your allies can withstand a focused fire from any turret. Tanker with this hull can dive straight into hell.