Difference between revisions of "Hunter" 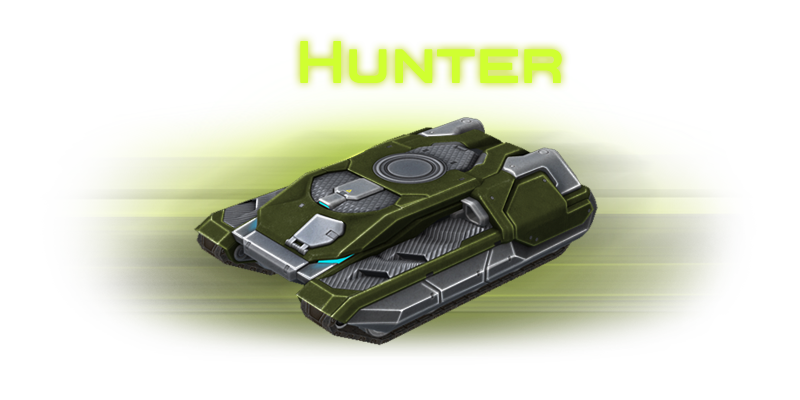 The first hull everyone owns, Hunter is known as one of the two universal hulls, serving as a solid medium between heavy and light hulls. While its brother Viking is more comparable to the likes of Dictator, However, Hunter gets the best of both worlds with a noticeably higher armor rating than the light hulls. The turret is centered on this hull, and many draw similarities between Hunter and Hornet due to their similar control styles. If you're looking for medium hull that can play like a light hull, then why not Hunter?

Medium hull. Has the most manoeuvrability among all medium hulls. Overdrive disarms enemy tanks for a short time.

Retrieved from "https://en.tankiwiki.com/index.php?title=Hunter&oldid=24498"
REQUEST TO CUSTOMER SERVICE
We have recieved your request for our services and we will get in touch with you shortly.
Report a problem