Guide to playing in Ping-Pong effectively 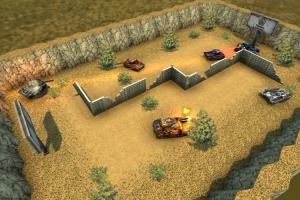 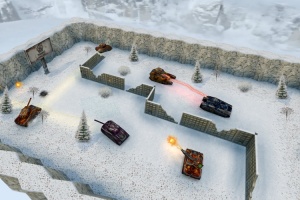 Overview: Ping-Pong was once one of the most popular map for low ranks and in recent months has become a commonly-seen no-supply game.

Due to the incredibly small size that Ping-Pong is, Firebird and Freeze are the best weapons as you can damage most people on the map most of the time. Smoky can also be effectively used, as one can pop out of cover, and then hide again. The most important area to control in Ping-Pong are each end of the walls. 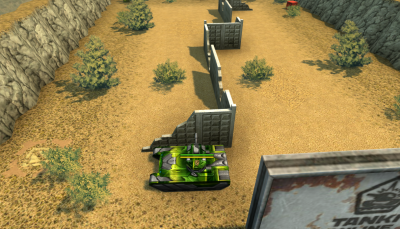 This spot allows you to shoot all of the map and provides you with decent cover from your enemy.

An Isida in TDM can be immensely helpful. Remember, in TDM the goal is to kill more than the enemy. Not only does this mean killing as many of them as possible, but also dying as few times too.

In Capture-The-Flag mode in Ping-Pong you can apply the same philosophy as in TDMs. There are 2 aims, not just one as you might think at first. You need to capture flags and also stop the enemy doing so. It is generally a good idea to put a Mammoth on the flag equipped with Smoky or Twins. Having a Freeze is also a good idea as it can slow the enemy down from capping. Sometimes a light hull, or Hunter are good for capturing a quick flag while the enemy is respawning. If equipment change is on, then you can fiddle around with your combinations and respond to what the enemy throws at you.