Difference between revisions of "Guide to playing in Barda effectively"

Overview: Barda was one of the maps to be included in the StarLadder Light Format which was the main eSports presence in Tanki Online. It was well-known for its famous "Flag stand-offs" where both sides would have the other team's flag and would wait in the hope of their enemies' flags to be returned. Over time it has seen some of the most incredible shots pulled off by Top Clan members and will always be looked at as a great map for XP/BP; hence why the RU1 server has a great deal of Barda 6v6 CTFs. It was one of the few maps selected to have the Night mode feature added to it

In Barda, DM is not commonly seen in the battle list, yet when it appears it is usually a highly intense game. The best weapons to use are medium-long range weapons, the best options being Railgun or Smoky. There are plenty of spots to camp on the map, and with a Double Power equipped, the user can wreak an insane amount of damage. The best place to camp with Rail/Smoky is shown below: 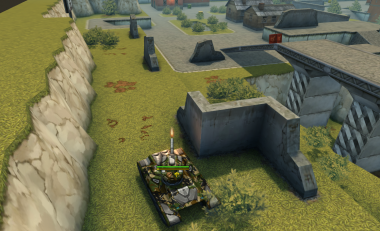 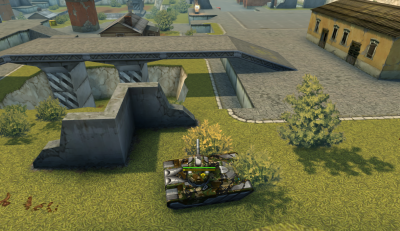 A rather more odd choice for the map is Hammer. If you stay in the covered areas, this weapon surpasses any other in Barda. The map is ideally suited for Hammer, but beware; straying out of cover is the biggest mistake that can be made with the medium-short range gun. But this doesn't mean that a constrained turret-like Magnum can't do well here. If you're a Magnum-user, camp on the ridge right next to the Red flag. This area provides just enough cover for you to quickly reload and pound some lead into your enemies. If you're using Striker, I suggest going all out, shooting people with your rockets one-by-one. Do not utilize the salvo, as it takes way too much time. 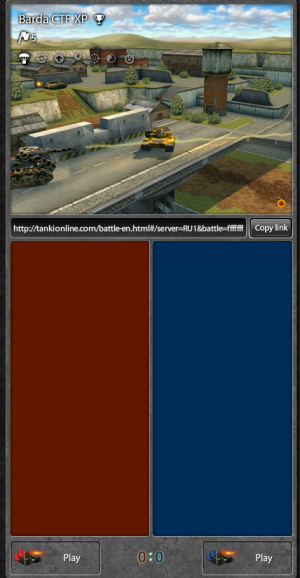 Defensively, there are 2 key positions in which one may have the best chance of succeeding in repelling the attackers. They are: 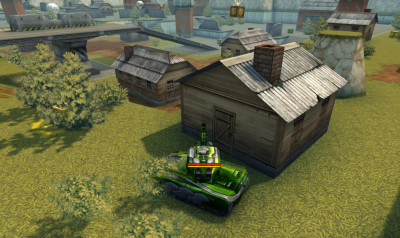 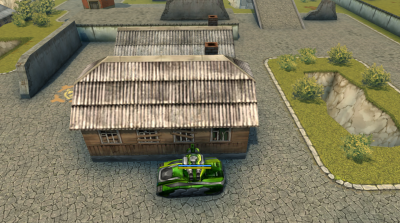 Another key thing to remember in Barda is that drops are crucial. Taking Double Powers, in particular, can be the difference between winning or losing, really.

Capture the Point in Barda is interesting as there are 3 points, 1 in each base and 1 in the middle. Many teams make the mistake of trying to capture the enemy's point first. In reality, one should secure their own and then fight for the middle. If you capture 2 points, you will win, in every eventuality, unless you are incredibly far behind the opposition.

In terms of individual player tactics, the team needs a mixture of campers with Railgun, Smoky and Thunder and some Isida's to heal those trying to capture the points. Striker and Magnum are a good choice as well since they can take out multiple enemies at once.

This mode in Barda is mainly about camping, yet, often, spawn killing the enemy in their own base can ensure victory. However, if you attempt this at the beginning of a round, then you will most likely lose. The best tactic is to chip away at the enemy, and slowly kill them into submission. Press them into being confined to their own base. If you can rule the flanks of Barda, you have won the match. Using Magnum can be very effective here, since you'll be able to keep sitting behind the safe cover of your base while shooting at enemies at the same time.