Gold Box Hunting as a Concept

Before you read this article please evaluate why you are here. There are many reasons for wanting to catch Gold Boxes, most of which can be found in the list below:

The first thing to consider here is what combinations you have. Certain combinations are definitely better in some maps than others. For example, although dictator is widely considered to be the best combination overall for Gold hunting, it is far less useful in large maps.

Dictator is generally the best hull for Gold hunting due to its relative height, width, speed, and strength. 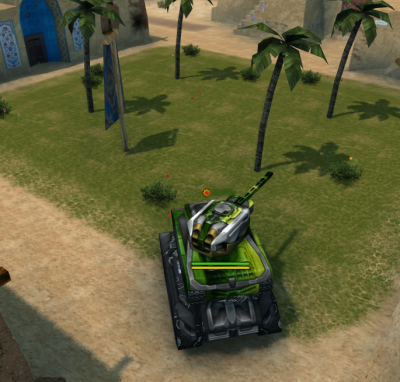 For a start, its armor is greater than every hull except Mammoth and Titan which gives it a huge advantage when competing for Gold boxes. Unlike Hunter which has relatively low health, Dictator will survive for a considerable time when being focused upon by enemy tanks. This means that Dictator users can get themselves into a better position to take the Gold without having to worry about dying so much.

The second and admittedly most important advantage that Dictator has is its height. Towering above all other hulls in the game, if even a fraction of the tank is below the Gold, it will always succeed in taking the 1000 crystal box. The possibility of this happening is increased by Dictator's maneuverability and width.

It, therefore, goes without saying; that the priority of all Gold hunters should be to kill the Dictators as they, if under the Gold location will most likely take the gold.

This combination can be used effectively in big and small maps alike. In big maps, Wasp's incredible pace coupled with a nitro can mean that you will cover all possible Gold Box locations. Also, when you arrive at the location, any competition for the greatly sought-after box can be nullified using a simple trick.

As you can see in the picture, to get on top of a tanker and take the Gold Box, lean forward then as you lean backwards shoot once and the front of your Wasp will be raised in the air. This can be used with hornet as well, or even some medium hulls, yet Wasp is definitely the most effective choice.

The reason Smoky, Hammer or Thunder are recommended is because of their high recoil and high reload rate meaning that if your first shot fails, you will always have another try. If you were using Railgun, for example, you may not reload in time, and the opportunity to shoot yourself up to take the gold will be lost.

Although the 2 above combinations are prolific, and also the most common used by successful Gold-hunters this is not to say that other combos will not work.

As mentioned before, hornet's extra health can be useful in big maps, where you could be shot on the way to finding the drop location.

Mammoth or Titan is also an option in very small maps like Island, Farm or Ping-pong. Their huge amounts of health, and wideness of hull, along with a fairly good height, can make Gold hunting easy. Titan, in particular, is the most powerful hull out there, and can outpush any other hulls with ease.

Of course, it is possible to catch Gold Boxes on any map however there are two maps in particular which are suited to Wasp and Dictator respectively: 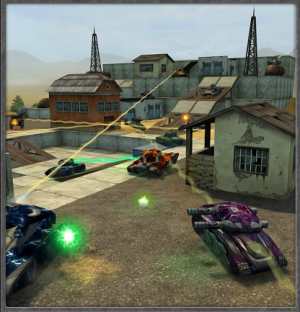 Polygon is suited to Dictator simply because it, due to its size, nearly always ends up in a scrabble for the Gold. Dictator's height can be a huge advantage here as can the extra health it has. Here are the possible drop locations for Polygon: 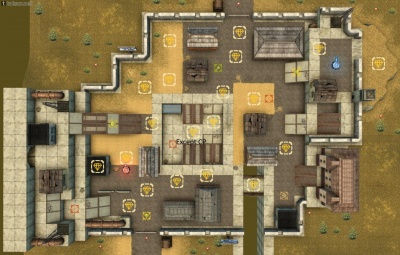 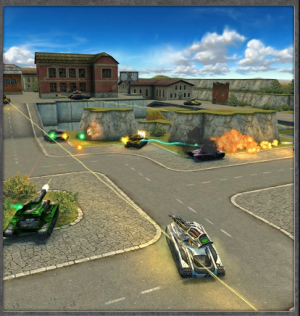 Serpuhov is ideal for Wasp as it has many open spaces, meaning that a Wasp can hide but still allow itself time to get to the Gold location without being damaged too much. The flat ground is not a problem as the recoil weapons can be used to shoot itself up onto other tanks. Here are the possible drop locations for Serpuhov: 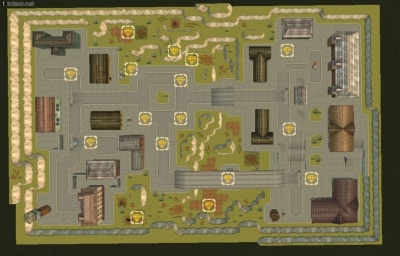 How you approach Gold boxes in general, obviously depends on your hull as discussed above. However, there are some general rules: