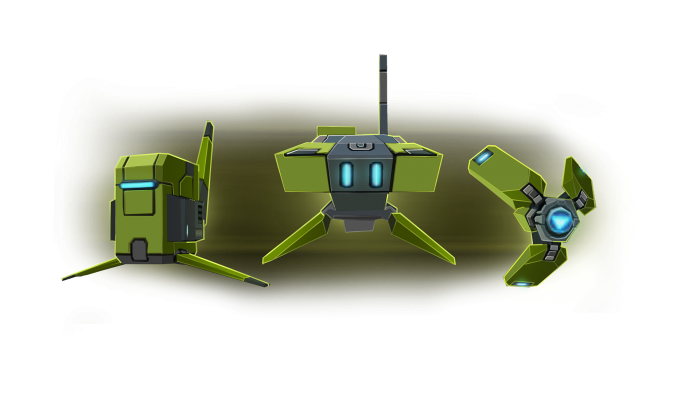 Drones are your helpers in battles. They boost your stats, enhance supplies, and help in many other ways. They can be purchased with crystals in the Garage in the “Drones” section. You are also able to upgrade them in order to make their effects stronger.

Batteries are a supply type, which will be automatically used in battles when you have any of the drones equipped. Same as other supplies, you will be able to purchase batteries in the Garage and in the Shop, find within containers and, obtain through Missions and Challenges, and of course, win in contests.

Retrieved from "https://en.tankiwiki.com/index.php?title=Drones&oldid=34415"
Report a problem