Attention! Deathmatch Tournaments no longer exist in the game - they were deemed as being non-effective as you had pay in order to get to play in them. However, it was told that they were released as the initial test of the Matchmaking System, and will make their return as a part of the very system soon. 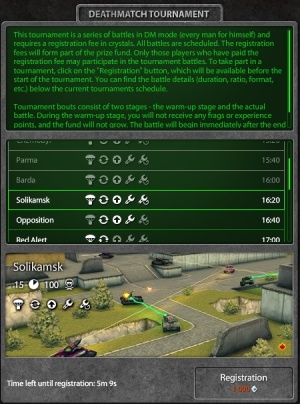 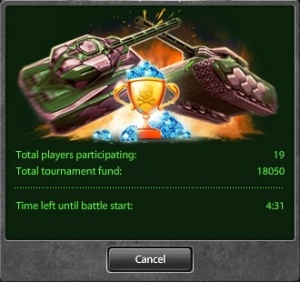 Attention! It’s impossible to alert Battle Moderators of violations in the DM Tournaments using the /vote command, so any violations have to be recorded and reported on the Forum.