An «Easy Stars» booster pass was available in the Shop for those who wanted to achieve them more quickly than others. It doubled the stars you would get at the end of the battle, which were given out as follows: One star for third place and below, two for second and three for first place. In case of a tie in non-team battles, both the players would get the same amount of stars. However, in team battles, a tie would only give the top players of either team two stars. 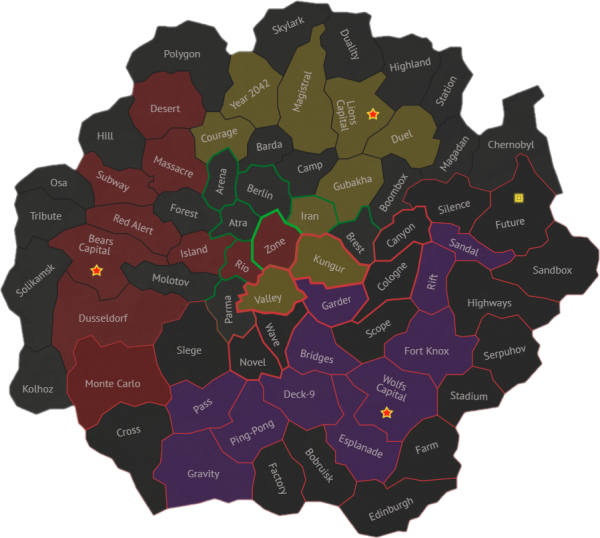 After a the first half of the war, during which the map was dominated by the Bears and Wolves, the Lions faction stepped up their attacks and made an unexpected comeback, winning the War and receiving the The Winner paint.

Retrieved from "https://en.tankiwiki.com/index.php?title=War:_Domination&oldid=37113"
Report a problem