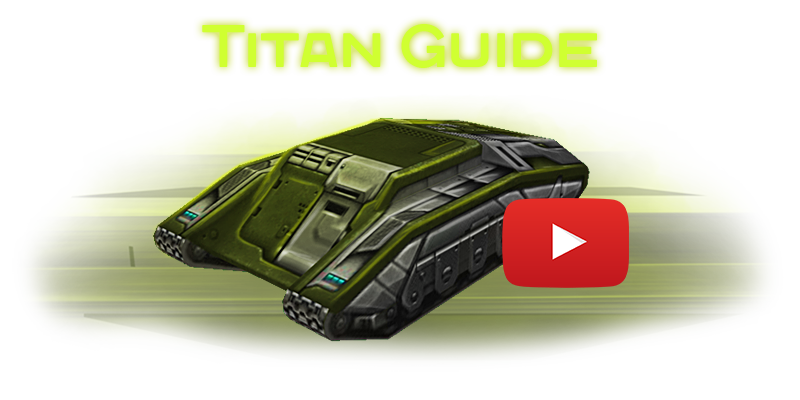 Has a strong armor, thanks to which it is hard to destroy it.

Has a large mass and power and can easily push other tanks.

Due to its high stability, it’s extremely hard to knock Titan off target and make it miss.

The lack of speed does not allow Titan to go far and hide quickly in case of danger.

Being short and the bad recoil effect make it difficult to hit targets that are located higher.

What to do when using Titan

Titan is the first of the heavy hulls, with a very defensive and team oriented overdrive. Healing all alies in the radius and giving them 85% protection from all incoming physical damage, this is very useful when defending a point in Control Points or protecting a flag. That being said Titan is good when paired with Saboteur drone, Saboteur drone is great for closing off entrances to secluded bases, like in Barda or Bobruisk and can terminate enemy entry permanently.

Titan is ideal for defending a flag, camping in one spot or dominating very small maps (Island, Ping Pong, etc.) so the turrets that perfectly match up with it are Smoky, Thunder, Shaft, Vulcan and sometimes Twins and Ricochet.That being said, Titan is good when paired with Saboteur drone, Saboteur drone is great for closing off entrances to secluded bases, like in Barda or Bobruisk and can terminate enemy entry permanently. Titan is great when paired with Turrets that have long range such as: Railgun,Shaft or Vulcan. This can allow players to stay in their own base protecting their Flag/Point while dealing consistent damage from a distance, that being said the hull is relatively slow and so could useful to use Driver drone to allow the player to get the maximum amount of overdrives in a battle.

Since leaving the respawn zone is hard for Titan, the size of the map does not matter. In DM and TDM modes Titan can easily shoot from the respawn point, in CP and CTF it can stand right on the point/flag, and let someone try to push him away!. Titan's overdrive can also defend against most incoming Juggernaut damage and so could be used on the offensive

- Titan has been in the game from the day of its creation and previously was a heavy tank of a low level.
- According to polls, now Titan is the least popular hull in the game.
- Destroyed Titans, as an element of architecture, can be found on some maps.