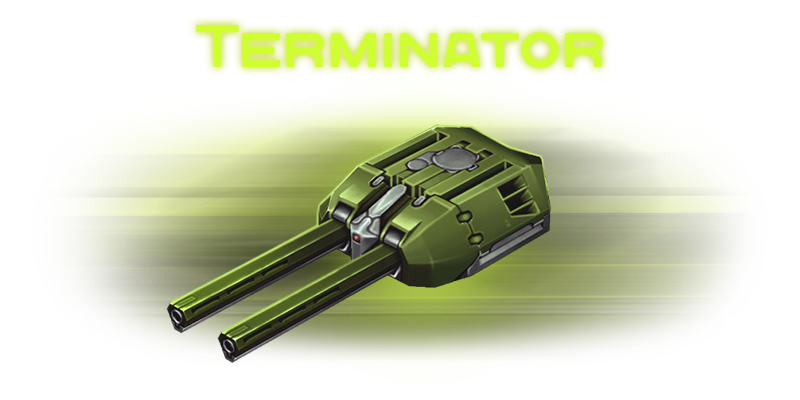 Terminator is a special turret which sports the ability to fire with two different modes. Using the long dual barrels, it can send out concentrated bursts of energy that penetrate the armor on enemy tanks and deal damage from the inside out. If cool effects aren't your thing, Terminator can also deploy its rocket launch system from the sides, lock on to enemies with a laser and shoot a salvo consisting of six rockets.