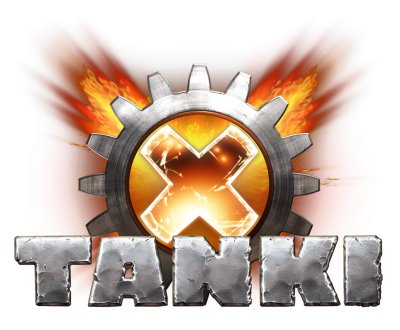 Tanki X is a client based multiplayer online game in the arcade tank simulator genre. It was developed on the Unity engine by Alternativa Games as a sequel to Tanki Online, which itself was released back in 2009. The game uses the free-to-play business model. The gameplay mechanic of Tanki X is built around conflict — the game is played only in multiplayer mode. Instead of the Alternativa3D engine being written on Adobe Flash, Unity3D was used to develop the game. This transition to another software was mainly due to two things: Firstly, the lack of technical progress in Flash and the abandoning of its leading browsers, and secondly, the increasing popularity and widespread use of Unity in the recent years among not only users, but also game designers and companies.

All About Tanki X

Unlike Tanki Online, Tanki X is based around an interesting storyline.

It isn't wrong to say that Tanki X is somewhat loosely based on Tanki Online - as, upon release, it mainly features at least eighty percent of the items already released/being used in it's predecessor. Everything ranging from turrets to hull and from maps to the game's physics is somehow similar or related to Tanki Online.

Tanki X let's you choose from a variety of weapons, some of which that has mastered the art of melee range combat like Firebird and Freeze; to long range gods like Railgun and Shaft. Hulls, which are the most important aspect of gameplay in the game, are also based on the ones currently in Tanki Online (Wasp, Hornet etc.)

Some of the other mechanics the game features are modules, skins, paints, containers and etc. Modules are "special devices" used to improve turrets or hulls, allowing to obtain additional abilities on the map. Radar, Mine, Emergency Protection and EMP are some of the many active and passive modules available for unlock in the game. Skins are basically cosmetic items which allow one to customize the look of their tank in the game. Fun fact, Tanki X's skins were actually an inspiration to release skins for all turrets and hulls in Tanki Online. Bumblebee, Dreadnought, Frost, XT, Gold and Steel are some of the many skins available for unlock (and purchase!) in Tanki X.

Containers work similarly to Tanki Online - they contain random items in them are available in the Shop for purchase with X-Crystals (a special, second currency). There are many types of containers in Tanki X. Another type of cosmetic item in the game which changes the look of your turret when firing is Ammunition. These can either be bought or obtained from opening containers.

Currently, Tanki X only sports fifteen maps. Most of these are based on maps already in Tanki Online - for example, Iran is based on Iran, West Prime on Barda and Rio on Rio. 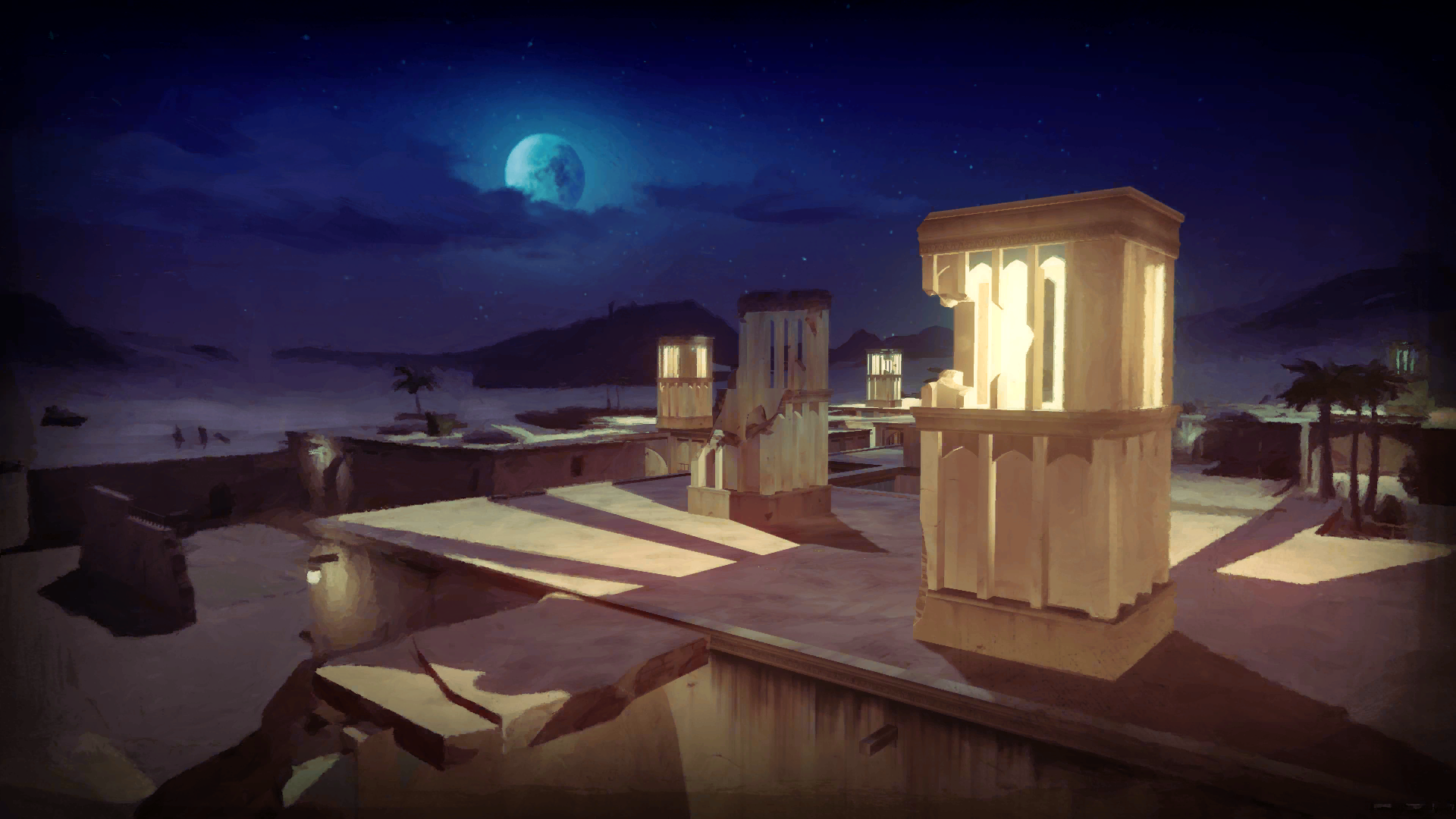 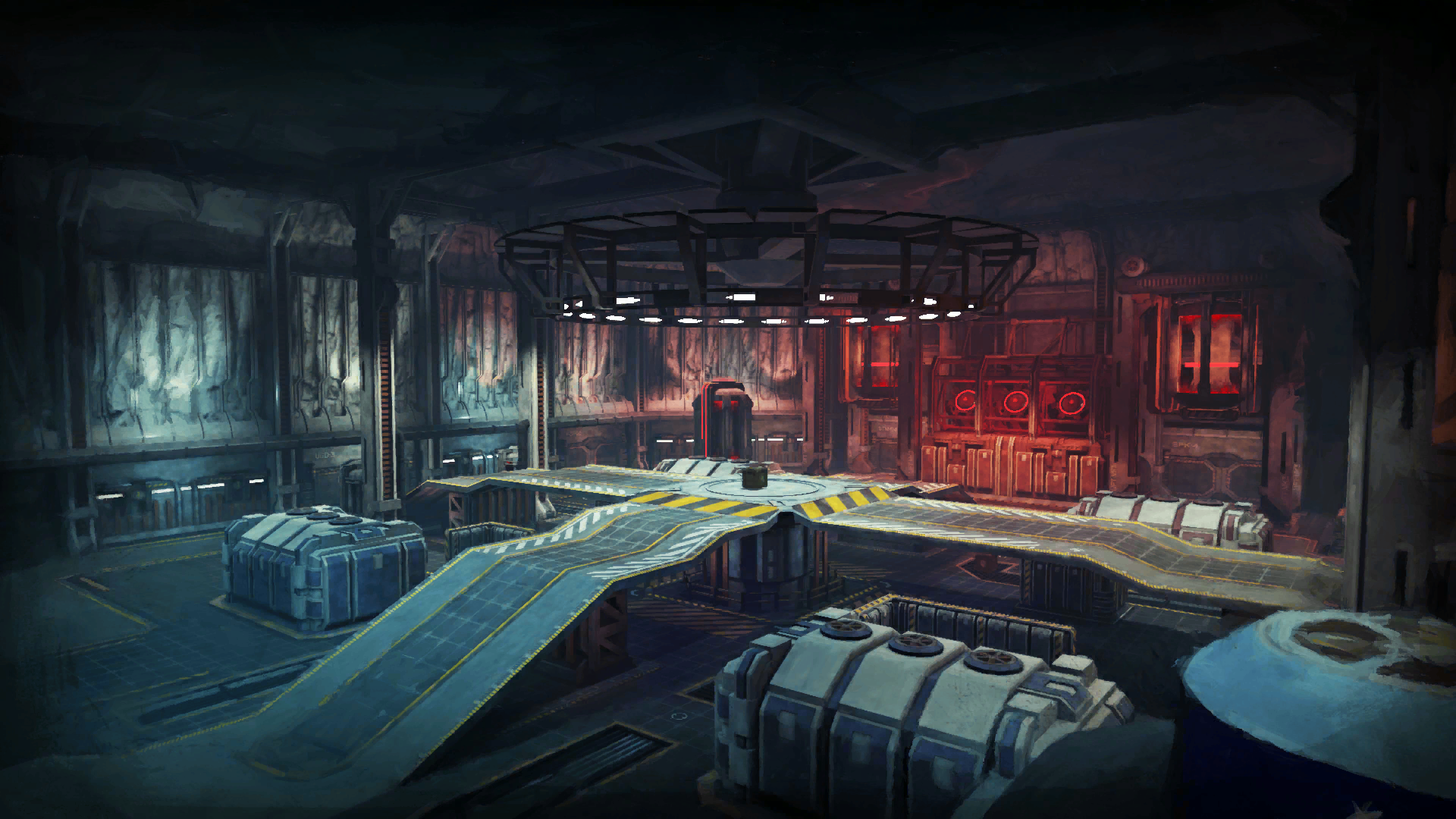 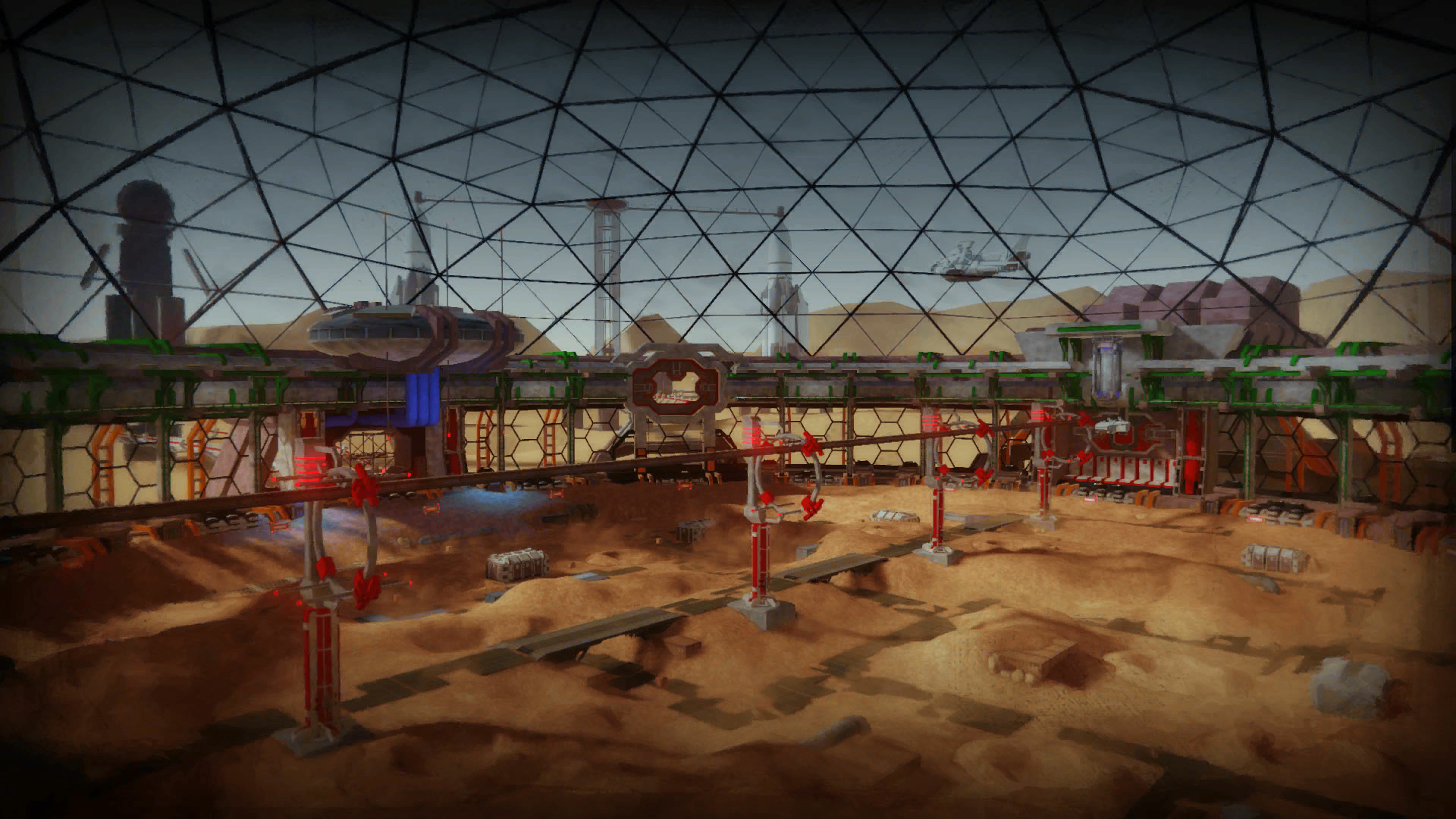 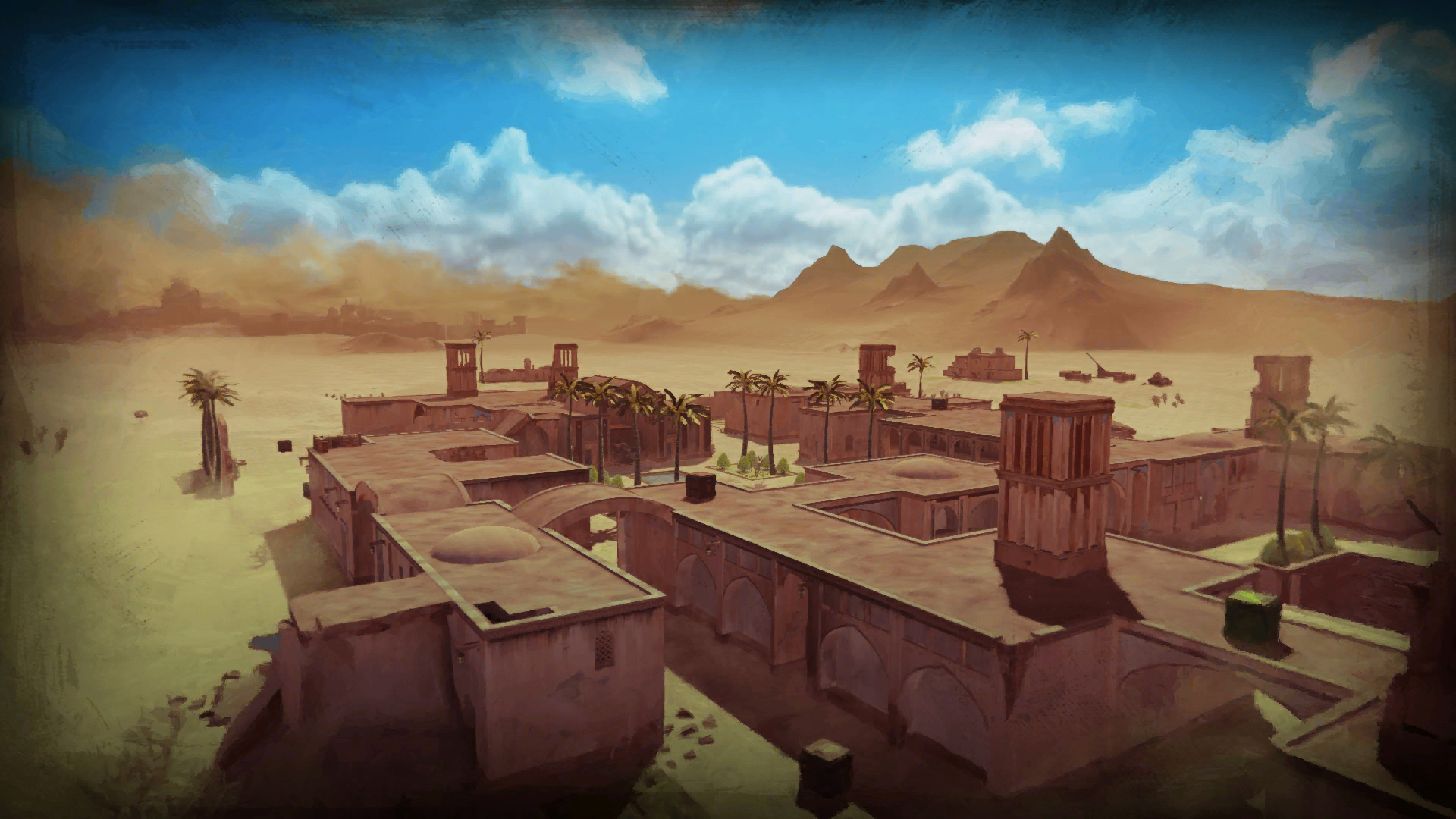 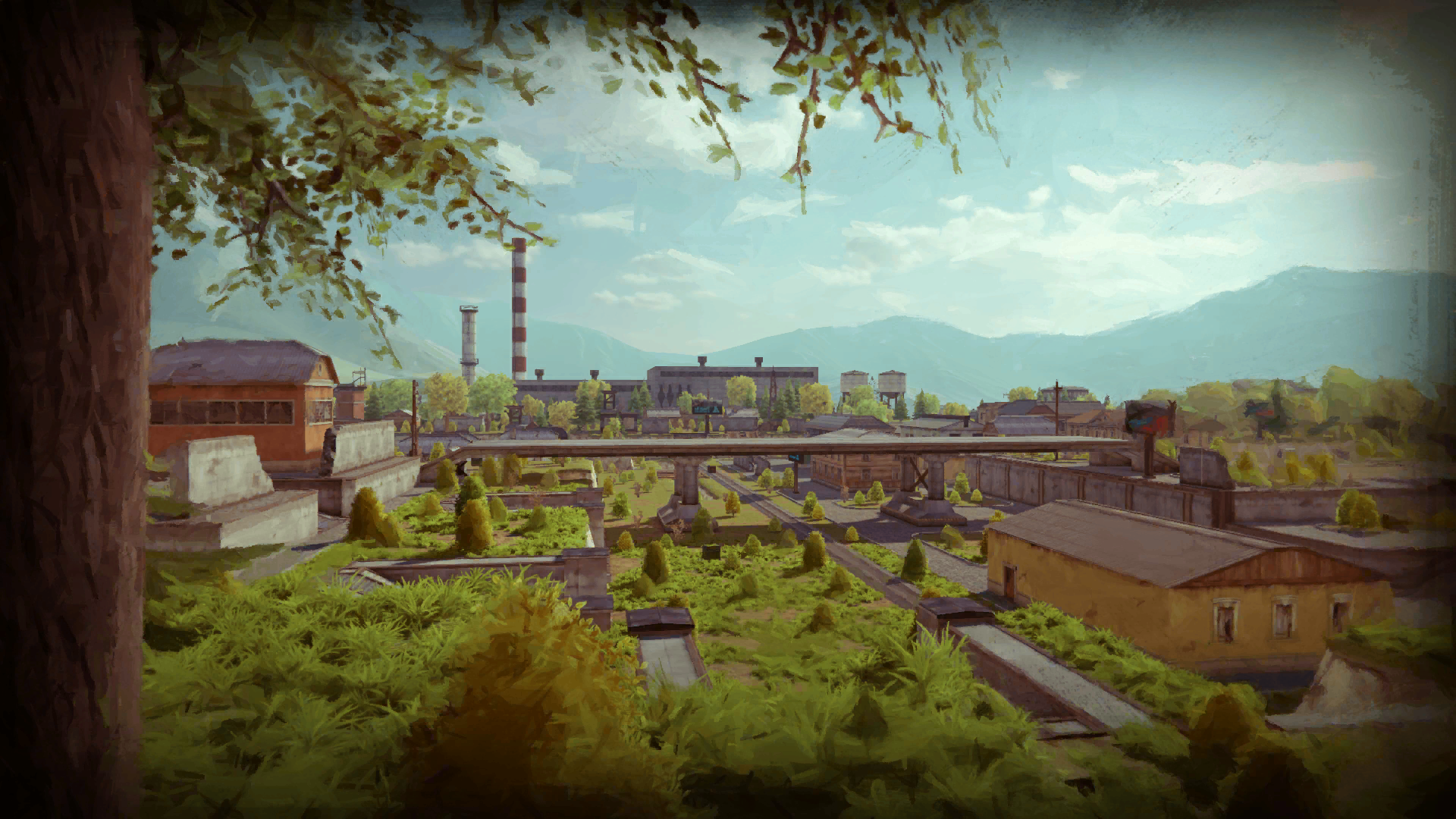 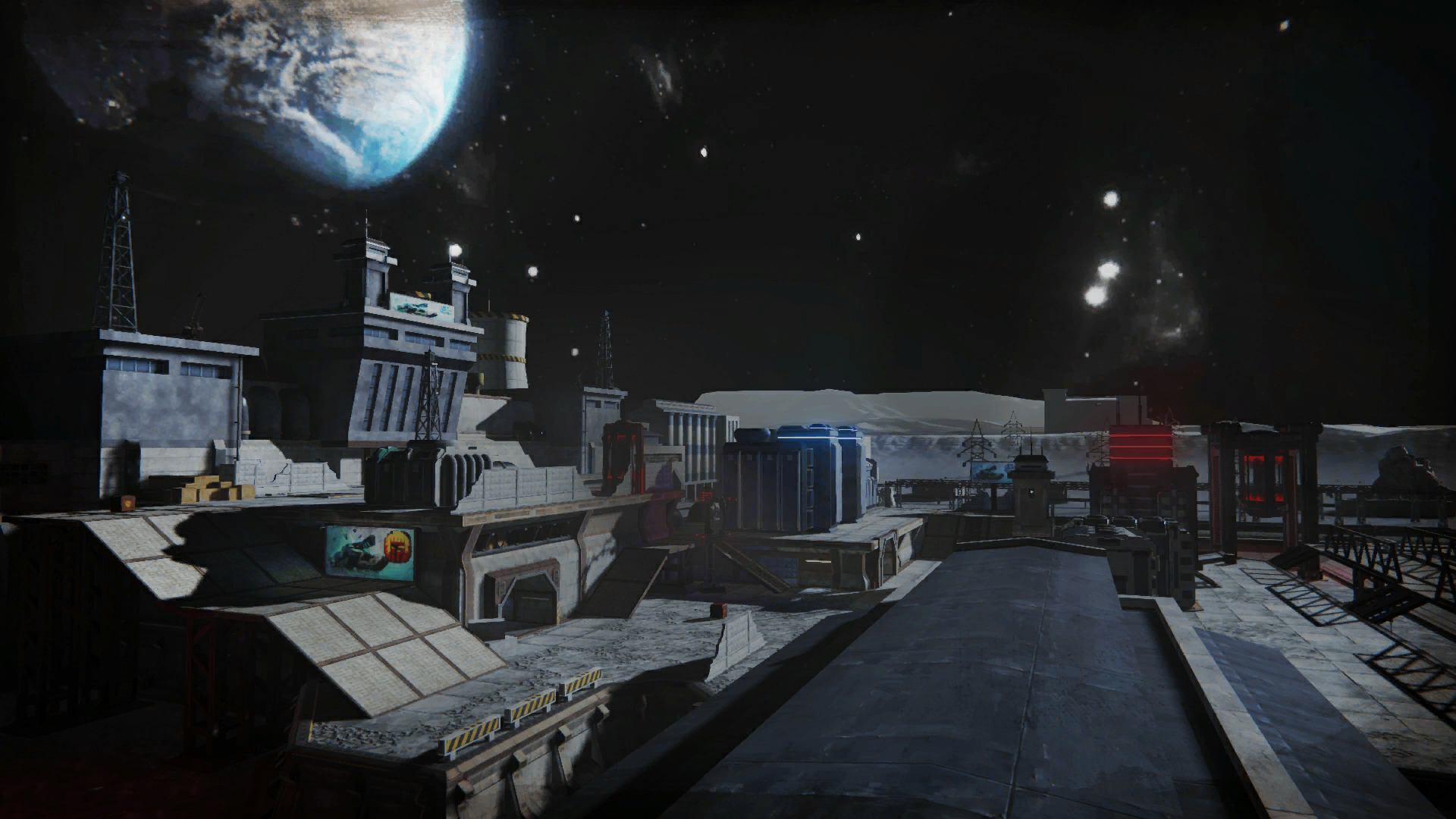 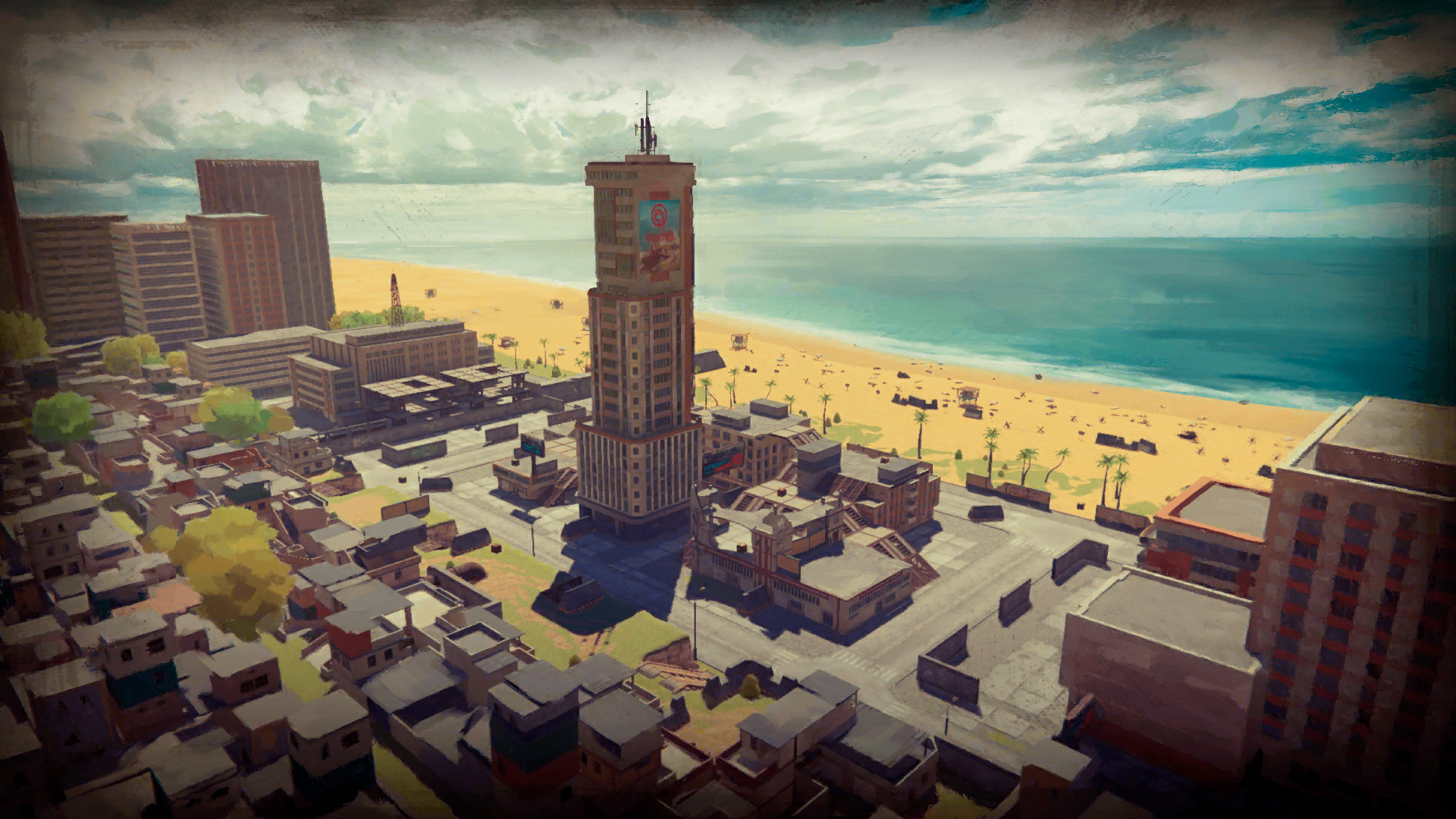 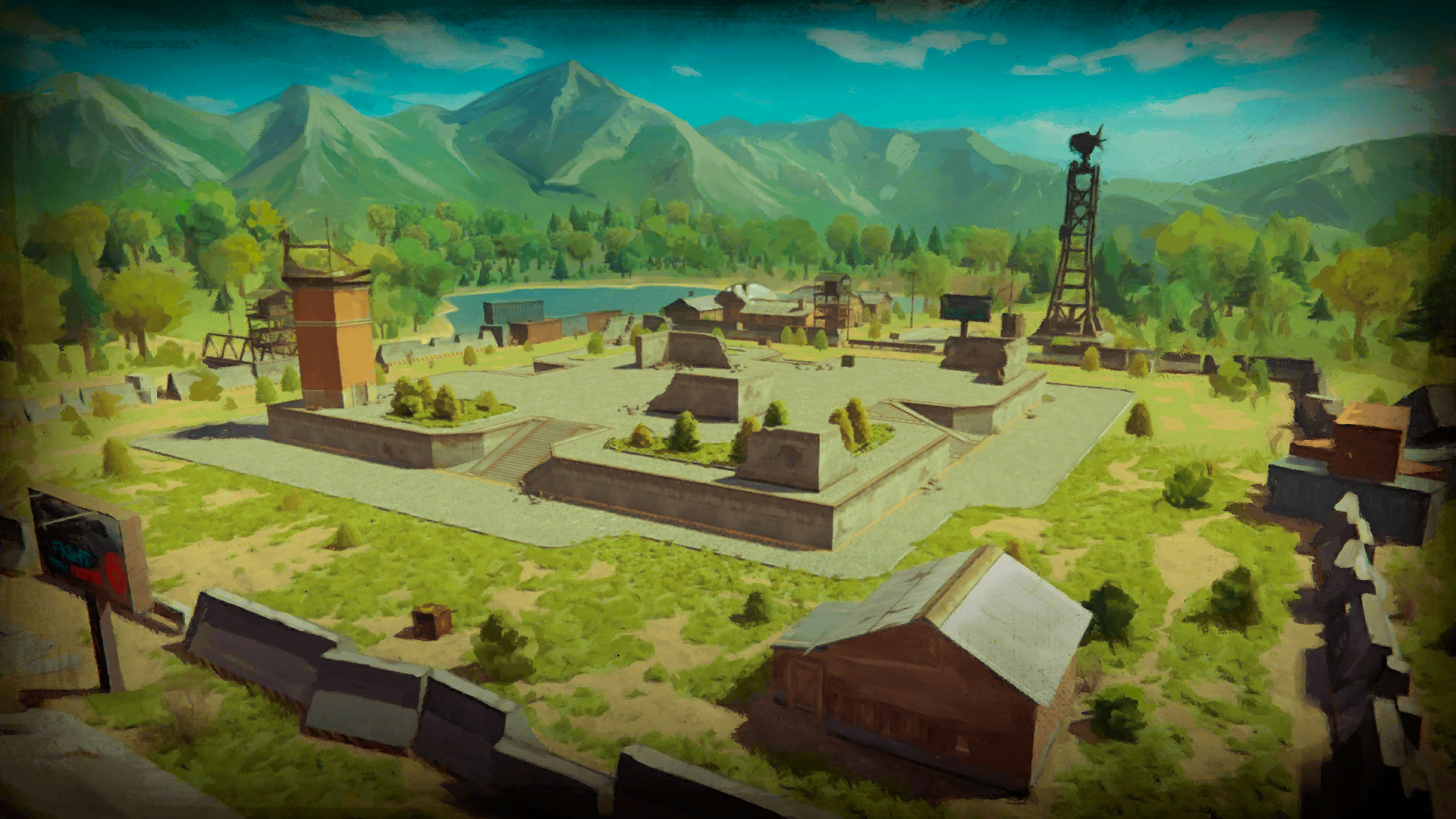 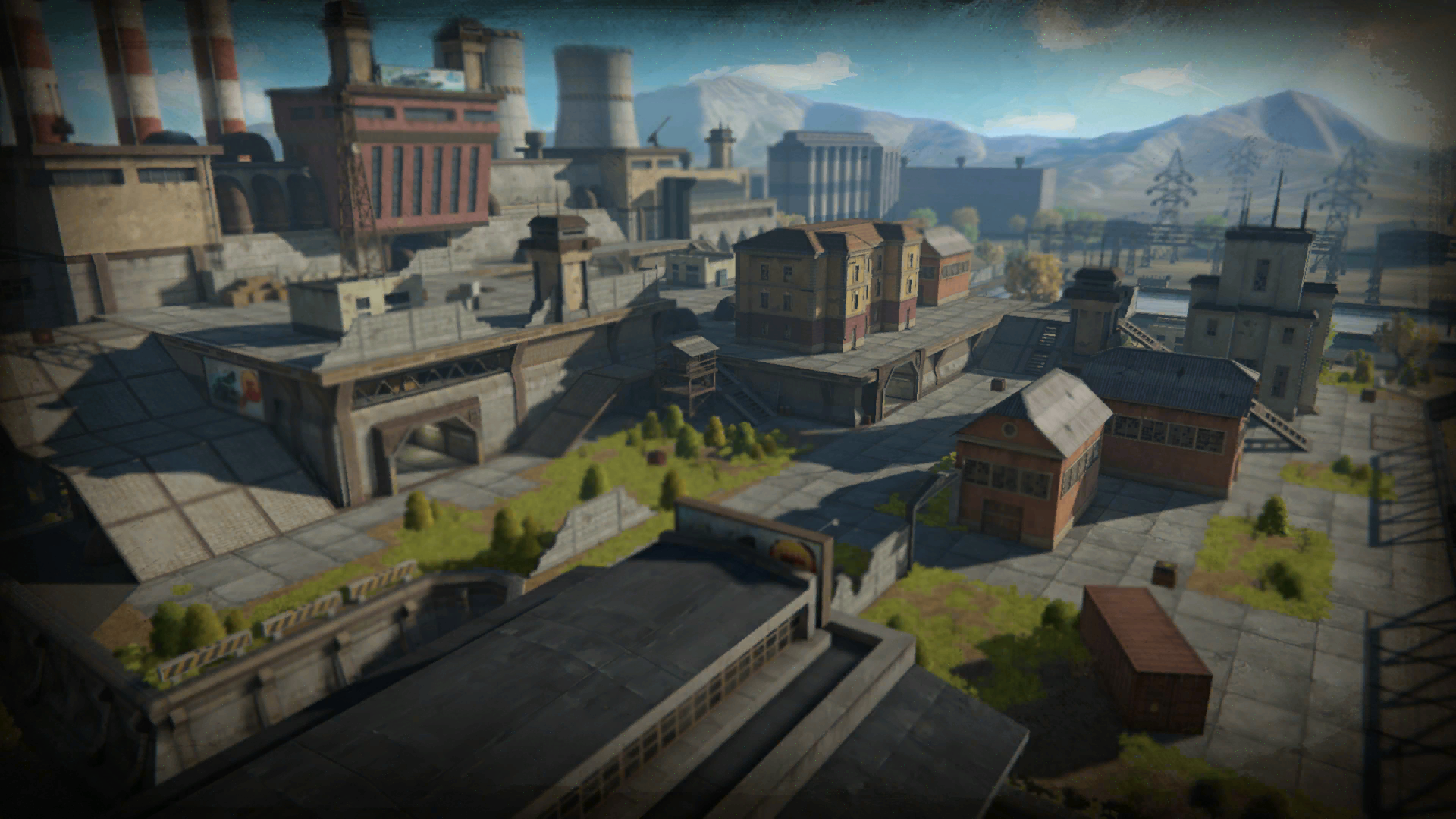 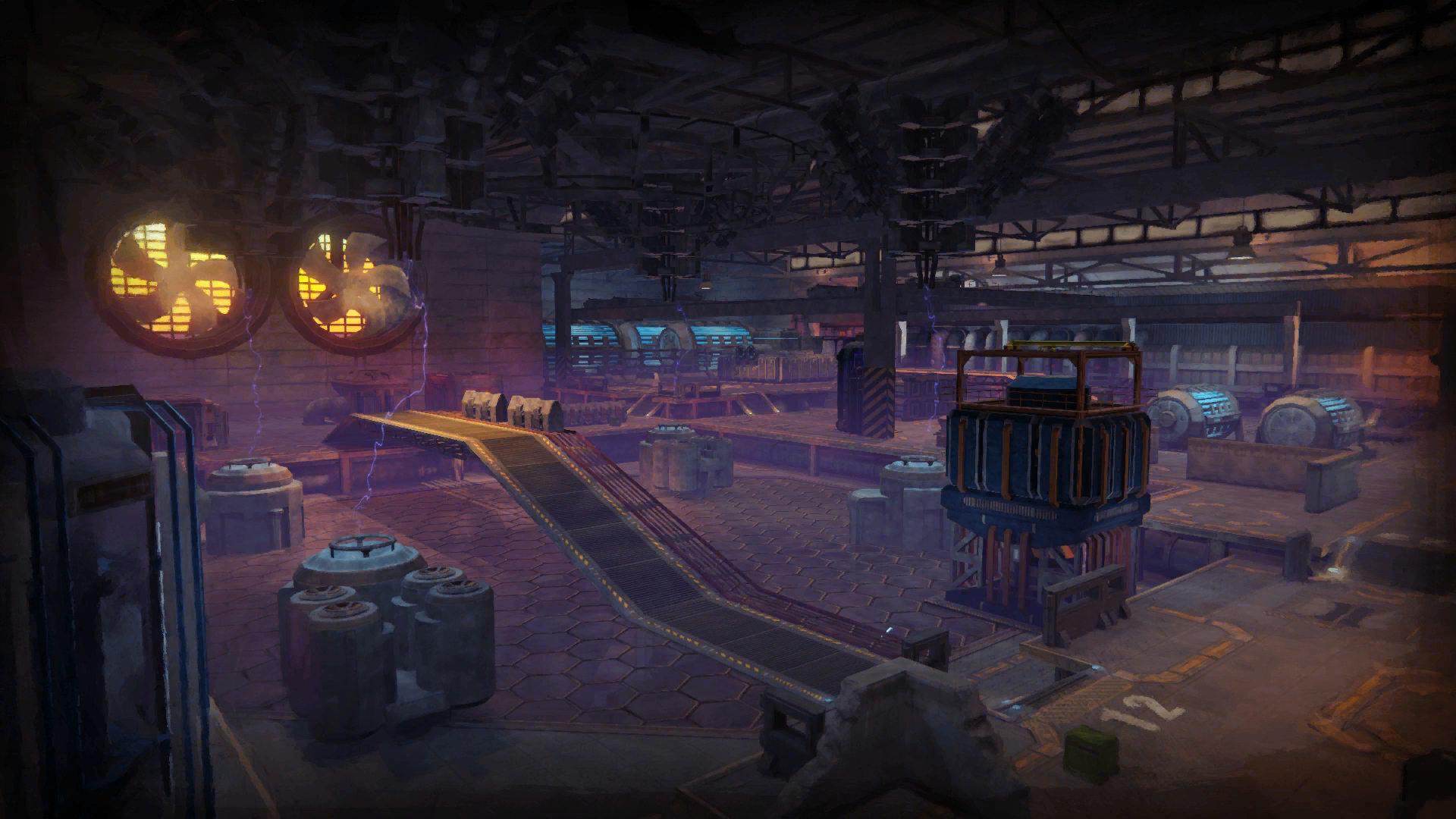 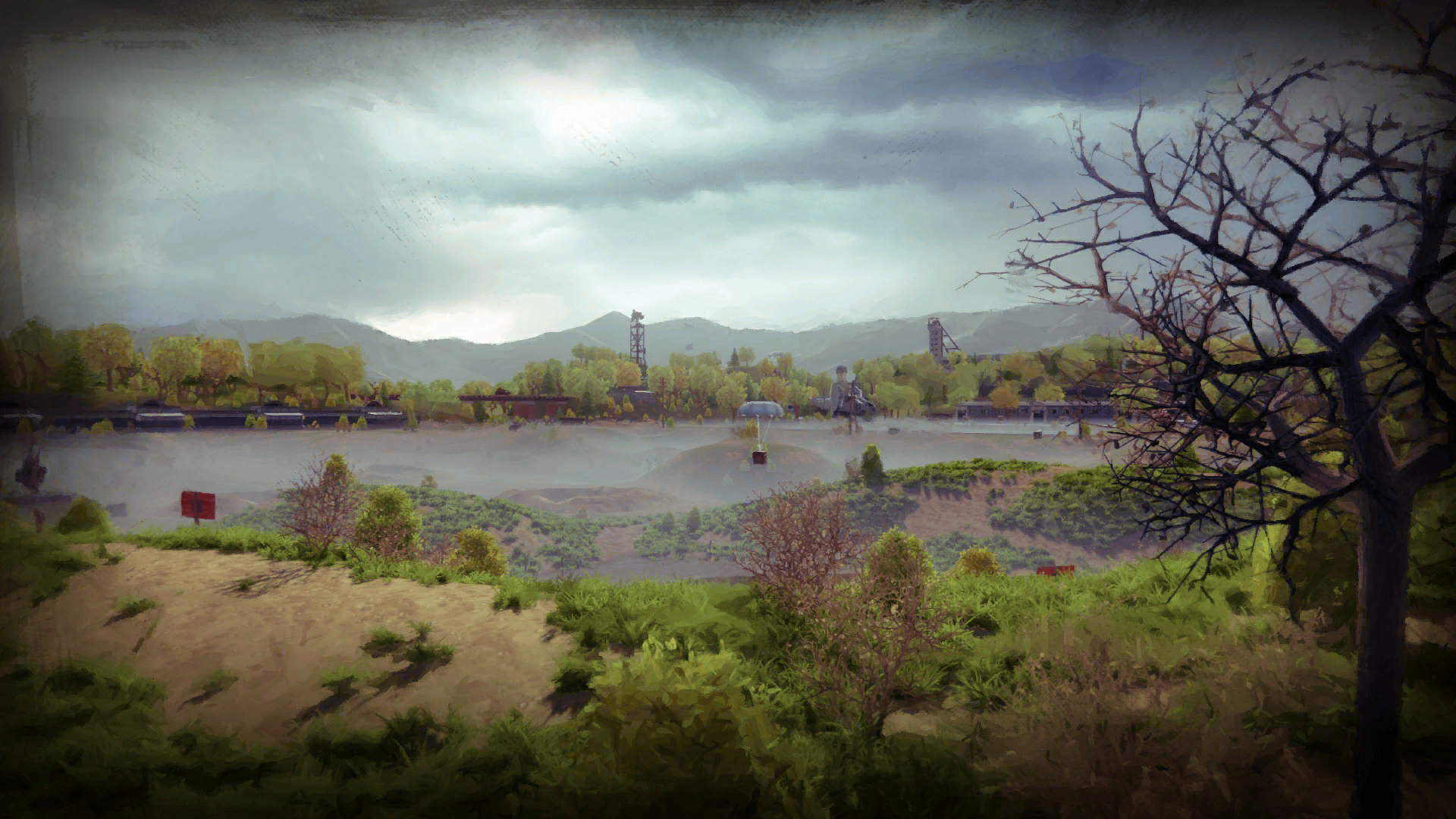 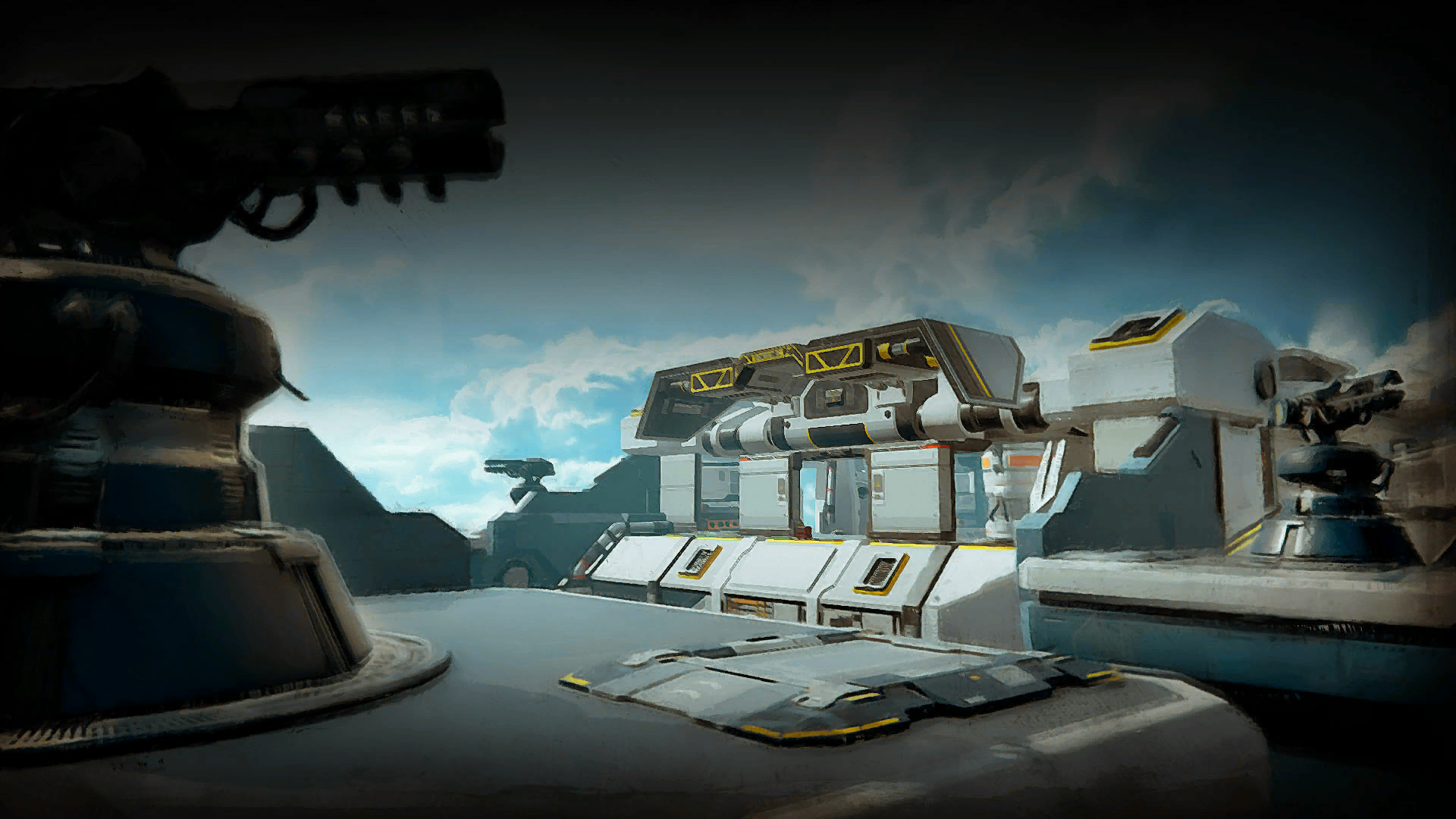 The very first details to develop a successor for Tanki Online on Unity were being prepared in 2013. It was decided to abandon the development of Tanki Online 2.0 and shift the focus and plans to the current game, that is, Tanki Online, but the intentions to create a new one didn't leave the mind of the developers.

Thus, all through 2014, the project was extensively covered in video blogs and articles, and we could observe the development and phase-by-phase transfer of the current game to a new engine.

At the end of 2015, the first stage of the beta test was held, in which employees and developers of the game took part. On February 1, 2016, the next stage of the closed beta test (CBT) took place, in which three hundred random tankers from the community were invited to take part and fry as many bugs as possible.


Participants at this stage in the CBT were primarily employees, developers, external testers and active members of the community, discussing it heavily on Tanki X YouTube and other social networks.

At this point, the developers put out the minimum and recommended system requirements for the game:

The advantages of Unity are obvious. The active development of Unity itself gives good prospects for the introduction of new solutions in the future, as well as minimum labor and time costs for the implementation of existing ones. It also means that the graphics will become much better and more diverse, physics is more realistic, and as a result, the gameplay itself will become more interesting. The developers have already shown the animation of flexible components, the retraction of the barrel during the shooting and recharging, the ejection of the cartridge case, the animated breaking movement when supply boxes are picked up. In the appearance of the tank, for example, the elements of dynamic armor or "Nitro" - it becomes clear which consumables have been activated. Also, the possibility of customizing the tank with stickers was announced.

Working on various variants of drawn textures of different quality, models of object and props, lighting, detailing etc. went by in full swing. By the way, graphics and consumption of game resources will be scaled depending on the technical parameters of the device - as the cross-platform Unity allows you to develop not only for computers, but also for console and mobile devices (in one of the video blogs, programmers tested the demo version on the Samsung Galaxy SII and iPhone 4S). Here one of the main tasks is to make the same playability and maintain the usability of the interface on any device.

The former "Tanki" would not disappear - its support and updating will be carried out in parallel with the support of Tanki X. It was going to be possible to transfer the account from the current version to the new version, but it became clear after the CBT. The decision, which was negative, largely depended on what kind of economy "New Tanki" faced - it would be completely new. Prices would be completely different, only the ways to get game currency would remain the same. Concepts such as parkour and the Gold Box, would not disappear, but changed a little due to the nuances of the new platform - and, most likely, for the better because of improved physics. The geometry of game objects would become much more complex and would accurately repeat their visual form, so that the interaction of tanks with the surrounding world would become more believable. In this case, it is necessary to recreate the behavior of tanks from Flash version as accurately as possible so that old players feel at home. Similarly with the sound: all the basic sounds would remain, and a lot of new sounds would appear that detail the game environment. For example, each body would have its own engine sound, which also depends on the speed of the tank and the presence of the activated boosts. Even the sound of the activated mine would differ depending on the surface on which it is mounted.

In general, keeping the recognition of "Tanki Online" in "Tanki X" in all aspects of the game remained one of the most important steps of development. For example, when working with boxes, many variants of their appearance were tried, but the first concepts appeared too futuristic and were rejected since the ones from Tanki Online were barely recognizable compared to them. In the current models, it is easy to call them out as the "grandparents", while they themselves are much more detailed - as the number of polygons (the smallest components of 3D graphics) has increased tens of times. Current screenshots and commercials show standard models similar to M0 in "Tanks Online", but there would be four versions of the look that directly depend on the parameters of the tank. In addition to increased detail, tanks acquired soft tracks that realistically imitate the surface of the ground on which the tank drives over. In addition, the kind of dust or dirt from under the tracks will depend on the coating. Boxes of supplies when the tank hits them will not just disappear, but break into pieces like real boxes; and the very use of supplies will reflect on the appearance of the tank.


For example, in Tanki X, there are different shadows and penumbrae, glints on shiny surfaces - the surfaces themselves will consist of different materials (metal, wood, concrete, etc.). A large number of voluminous and wiggling vegetation will give the maps a realistic. At this point, seven maps had already been prepared, they were the classic and favorites, Sandbox, Kungur, Silence and Rio, as well as Massacre, Iran and West-Prime (a remake of Barda). The choice of these maps is explained by the fact that during testing, it is necessary to transfer visual diversity through as minimum maps as possible. Later on, absolutely new maps were added, such as Repin.

The clan system in Tanki X is integrated into the interface - it is possible to create clans and join them directly from the game. Clan players will have a clan tag next to their nickname. There is no voice communication, but the chat will be modernized. Separate serves were removed; and the thematic channels and private messages were introduced. The interface was divided into separate pages, each of which is responsible for a separate component of the game. Items in the garage are also categorized. The concept of a "server" will disappear, the list of battles will be common, and the game itself will offer the most suitable battles for a number of criteria.

On September 3, 2019, SteelCM - the community manager for the international community of Tanki X announced that Tanki X would be discontinued late-2019. The forum topic read...


In September, game services like registration, the Wiki, posting on social media and the help site were gradually closed. Until the end of December 2019, developers of the game ran some technical and experimental updates and servers were restarted at any time without prior notice. In the start of 2020, all game services were terminated - including the website, forum and the Wiki. Players' data was also wiped from the servers.

SteelCM requested players of the game to head over to the flagship project of the company, that is Tanki Online. Players who had registered in Tanki X before August 20, 2019 and had logged in at least once after the start of July 2019 were awarded promotional codes which contained many goodies, including Thunder and Viking M1, Thunder and Viking PR skins, 25x containers, 10x weekly containers, the September 2019 Battle Pass and three days of Premium Account!