TankiBot is a player's profile statistics bot tool that can be used to visualize a player's profile stats over time through graphs. The tool itself is not an official tool bot created by Tanki Online. It is a community-created tool created for its members using Tanki ratings API. The website contains five sections which are as follows below. 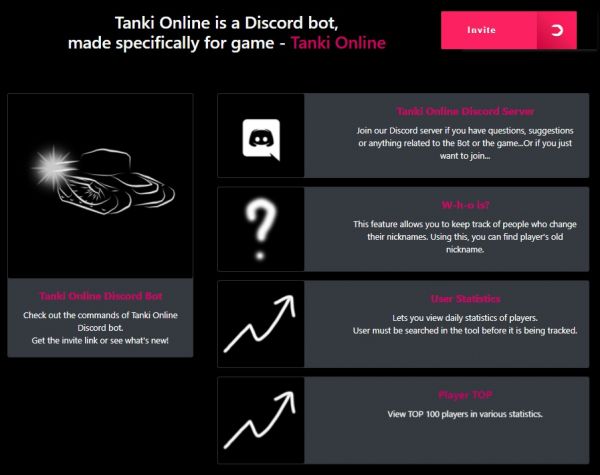 The following page contains the commands of the discord bot if you decide to add it to your own discord server. The default prefix for all of the commands is "!". To change bots language to RU or EN, use the "!locale" command. 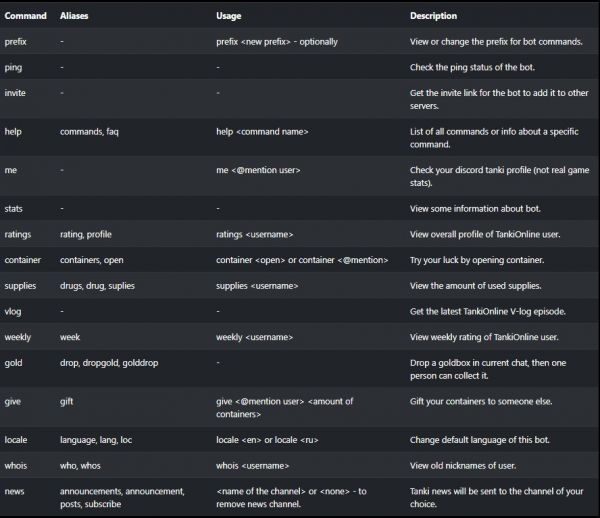 This is a direct invite link to the server of the developers of this website and bot. Anyone can join to ask questions, offer suggestions to the site, or anything related to the bot or game...or if you just want to join.

This is a feature that allows you to keep track of people who change their nicknames. Using this tool you can find a list of a player's old nickname. However, it kept track only after this feature was created. The minimum rank requirement is 10 (Sergeant-Major). This requirement is made, due to low accounts not having distinct profiles.

This lets you view the daily statistics of players for the past two months. The user must be searched in the tool before it is being tracked. When your profile is added it will keep track of kills, deaths, crystals earned, score earned, caught golds, dropped golds, supplies used, and total time played. It also shows your ranking on the left of the page. 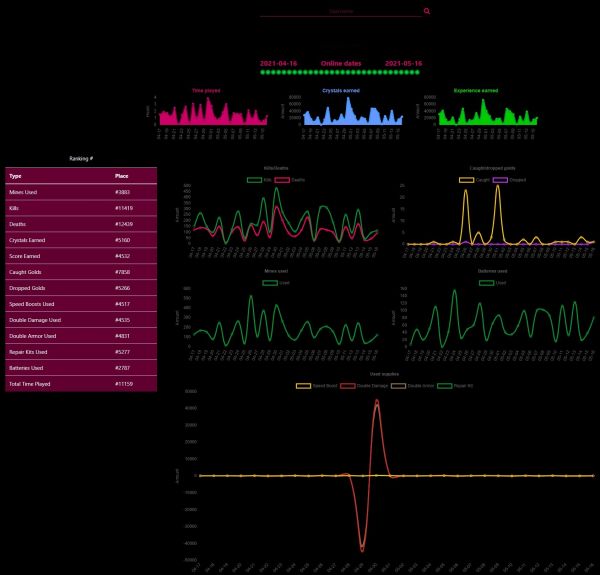 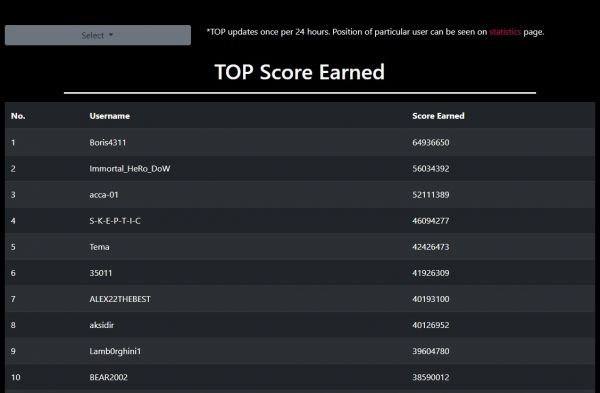 Retrieved from "https://en.tankiwiki.com/index.php?title=TankiBot&oldid=37394"
Report a problem