Attention! As of September 2015, Tanki Online ceased eSports partnership with Starladder. Hence, this page is outdated and is no longer actively maintained. 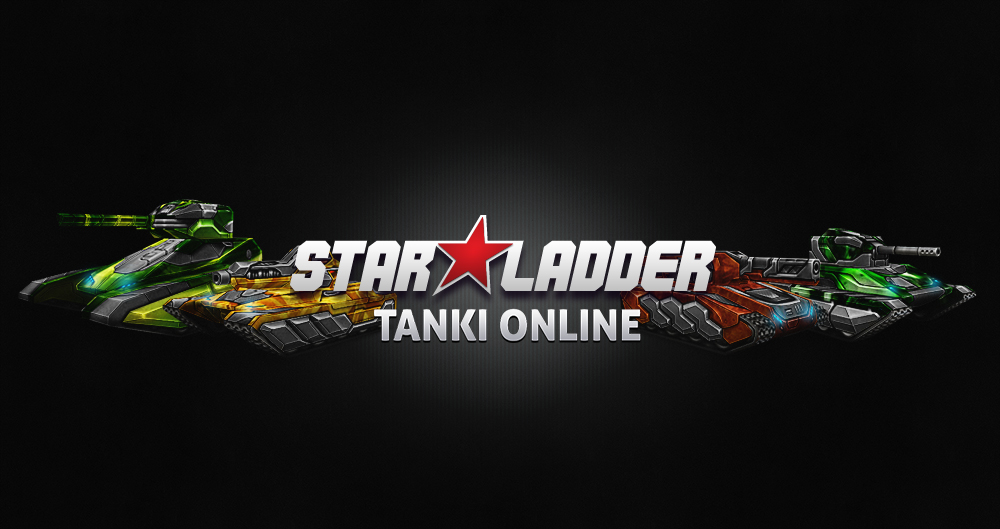 Announcement: eSports in TO In the spring of 2014 «Tanki Online» signed an agreement with StarLadder.

StarLadder, founded in February 2012, is an eSports center for some of the top games in the world. The main games were Counter-Strike and Dota 2, and over time they expanded their horizons and added other games. The elite team of producers is staffed by managers, production specialists, broadcasters, and commentators. Its main headquarters are located near Kiev, Ukraine.

Each tournament discipline is divided into four divisions.

Newly created teams must wait until the end of the season before they can either register in the Amateur division or try to qualify for Semi or Pro. Within StarLadder there is a system for movement between the leagues; the best teams are promoted to more prestigious leagues, and worse teams are relegated. For example, if you place well in Amateur Series, you will move onto Semi Series and so on. Qualifying for Star Series is only possible by advancing through Pro Series. The LAN Finals of every season are held at various venues, however, the finals of all StarLadder disciplines (not just Tanki Online) are held in Kiev, in a club called “Kiev eSports Arena”. There are four StarLadder seasons per year, and between each season there is an offseason period, lasting a few weeks. Star Series is divided into two stages - a circular stage where every team plays each other, and the LAN Finals, where only the best teams qualify. The Pro, Semi and Amateur divisions are also divided into two stages, but the difference is that the team placing first in all divisions play a few group stages, and the best teams advance to the play-offs (which are held online) to identify the strongest.

In addition, the following tournaments are held regularly:

All StarLadder matches are played with Light Format. However, according to the promises of organizers, this will gradually change and implement some elements of other formats. These are the possible new features:

As of yet, none of these changes have made an entry to the game.

A team can have a maximum of 12 players, however during the season the leader can make substitutions, but serious changes to the team members are only permitted during the offseason. If changes are made to at least 50% of the team, according to the rules of StarLadder, a team can face elimination from the tournament. This, however, is decided by the organizers.

For StarSeries battles, an invite-only eSports server is provided. Upon entering the eSports server, a player already has free access to all of the permitted StarLadder equipment. Team leaders have spectator mode on the server to make training more effective and have the ability to manage their players during the game. The eSports server has more visible statistics – the round of the match, the score, all players’ nicknames, equipment, and health. Due to being a separate server, there is much less lag.