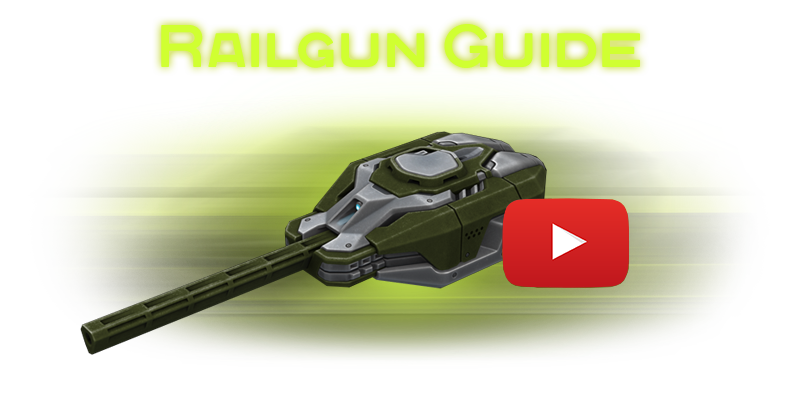 A guide to Railgun 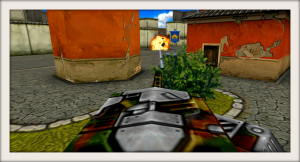 Railgun is one of the most iconic weapons in the game, and it certainly has a very intensive history with the game. From its donning of the title "Fear Machine" to its invaluable use in today's clan systems, Railgun has certainly had its uses, proving time and time again that it is not a weapon to be underestimated. Railgun is a very powerful turret that can deal a consistent amount of damage in quick succession or a lot of damage with a longer reloading speed (depending on which alteration you choose). Railgun is one of the best picks for long-range maps such as Barda/Kungur. 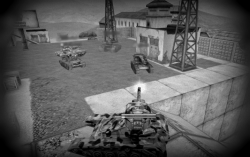 Railgun has a very interesting history. Like Smoky, Firebird, and Twins, this weapon has been around for a very long time. However, it was not initially known by the name "Railgun." At first, it was named "Fear Machine." This name fits it exceedingly well since at first, it was the most powerful gun that crystals could buy. Every successful tankman had an M3 Railgun along with M3 Dictator. The "Fear Machine" mounted on Dictator really did rule the game. However, that all changed when new weapons came out, such as Thunder and Freeze. It was about this time that Railgun got its new name, "Railgun." So, in the next era of Tanki, Railgun became a historic weapon, which was used mainly for clan wars and special events. With the rebalance, Railgun has become a weapon that is ready and able to compete with its old rival, Shaft. 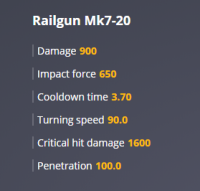 Though most of the time Rail's gameplay isn't fast-paced, it still is a whole lot of fun if you like knocking out enemy tanks at long range. Since you will be doing a lot of sniping, you probably will want to take a bit more time choosing sniping positions, which may slow you down if you're inexperienced at doing this on a whim. Once you get to your position, though, you will have a lot more fun pecking away enemies. This weapon is really effective in NS battles, where the enemy cannot be protected by punching the 2 buttons. However, this means that you will probably have to go without punching the 3 buttons and rely on your skills. Most tankmen enjoy Railgun because it sharpens their skills. If you miss even one shot with this weapon, you could be in peril within a moment's notice. This weapon usually can play both midfield and attack positions very well.

Railgun can be used with drones such as booster drones to give maximum effect or you can stay a safe distance from the enemies while maintaining good health, damage and defensive capabilities with the Camper drone and Hunter.

Defense from a Railgun 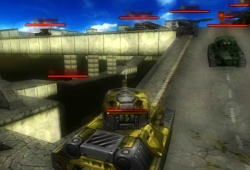 If you feel like you have problems defeating this weapon, or if you encounter this weapon often, you might want to try equipping an effective module to protect yourself against it. First and foremost, thanks to Railgun's playing style, modules that protect from other long-range turrets is helpful, as they can be problematic to Railgun. If you're more concerned about sneak attacks from short-ranged weapons, though, other modules are certainly a reasonable choice.

In short, this weapon is not to be used as a frontlines weapon. It is best to find a good camping spot with plenty of cover. This will allow you to use Rail as it was initially meant to be used. It probably isn't a good idea to use it in games without teams, since it is definitely a supportive weapon that works better with allies to cover and be covered by. Without a team, Rail is not nearly as effective, but that's not to say it can't deal great damage in DM mode. 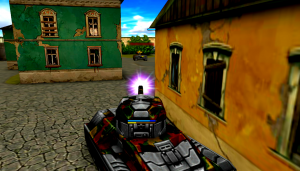 CTF is an okay choice, but it isn't the optimum one since the best way to get points in that game mode is to capture a flag. Still, it can still use supportive fire, it can be deadly to an enemy team. The best mode to play this weapon in is TDM since that is exactly what Rail is best at -- mindless killing at one focused point. Most of you know that it is important to work as a team, but if you work as a team with Rail, you will notice a great improvement in your effectiveness. Since Rail takes a longer time than most weapons to reload, you will find a partner extremely helpful, and it will increase both of your scores to work together and avoid death. Another last reminder: Don't miss! Rail is great, but since it takes so long to reload, one mistake can mean death.

Well, I hope I have gone over most of the important things regarding Rail, and I hope that you will have tonnes of success with this weapon. If you like camping, this definitely is an excellent choice, and you will really enjoy Railgun. Good luck!

For more information, check out the Pro's advice on Railgun in the Tanki Online V-Log here.