The Missions feature allows you to earn in-game rewards for completing daily/weekly assignments. They involve carrying out tasks within the game for a reward.

Every day, upon first entering the game, you will see a small dot on the missions tab indicating that you have received new missions, which you should perform to earn your in-game rewards. You can only complete up to 3 daily missions per day.

Any missions that you do not complete on the day, will be re-assigned the next day. A mission is only considered completed after you have clicked the "Claim Reward" button.

Daily missions are available from the rank

You can check your progress on the "Missions" tab in the lobby. Currently, it is not possible to check your mission's progress during a battle in the HTML5 version of the game.

Your current missions can be exchanged for new ones. You can exchange one mission for free once a day and for a number of crystals any number of times after that. A mission always gets replaced with a mission of a different type. The price for exchanging a mission is equal to a third of the crystal reward you would get for completing the longest daily mission at your current rank, from 50 crystals at Recruit to 999 at Legend.

Crystals and Supplies rewarded for completing daily missions are generated randomly. In addition to these rewards, each mission rewards a standard set of rewards. This includes stars, which count towards the current Challenge, and Shards, which can be exchanged for Containers. The rewards are listed below:

There are also daily gifts, which you can get irrespective of whether you complete missions or not. They are:

Completing missions will earn you either crystals or some supplies (one or two types). The amount of supplies or crystals depends on your rank. Rare rewards include Gold Box Supplies (available only from

Upon the first entry into the game for the current week, a player will receive 3 weekly missions in addition to their daily ones. The 3 Weekly Missions and their rewards/requirements are displayed below:

1st Weekly Mission: This mission will be one of the types of daily missions, but with increased difficulty. 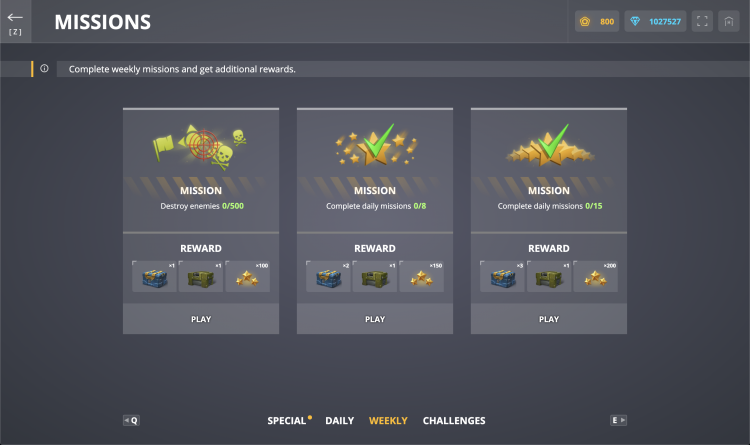 These are special containers that can only be obtained as a reward for completing Weekly Missions. Received Weekly Containers are stored in the containers tab next to regular containers.

Weekly containers contain supplies, batteries, crystals and tankoins. The size of the rewards depends upon the rank of the player when they open them. Upon opening a weekly container, the player will receive all the prizes for his/her as displayed in the table below.

These missions will appear alongside your Daily, Weekly, and Challenge Tasks, under the heading «Special». These missions include:

New special missions appear during events and have a wide variety of tasks, difficulties, and rewards.

Note
These special missions will only be available on he HTML and mobile version of the game. 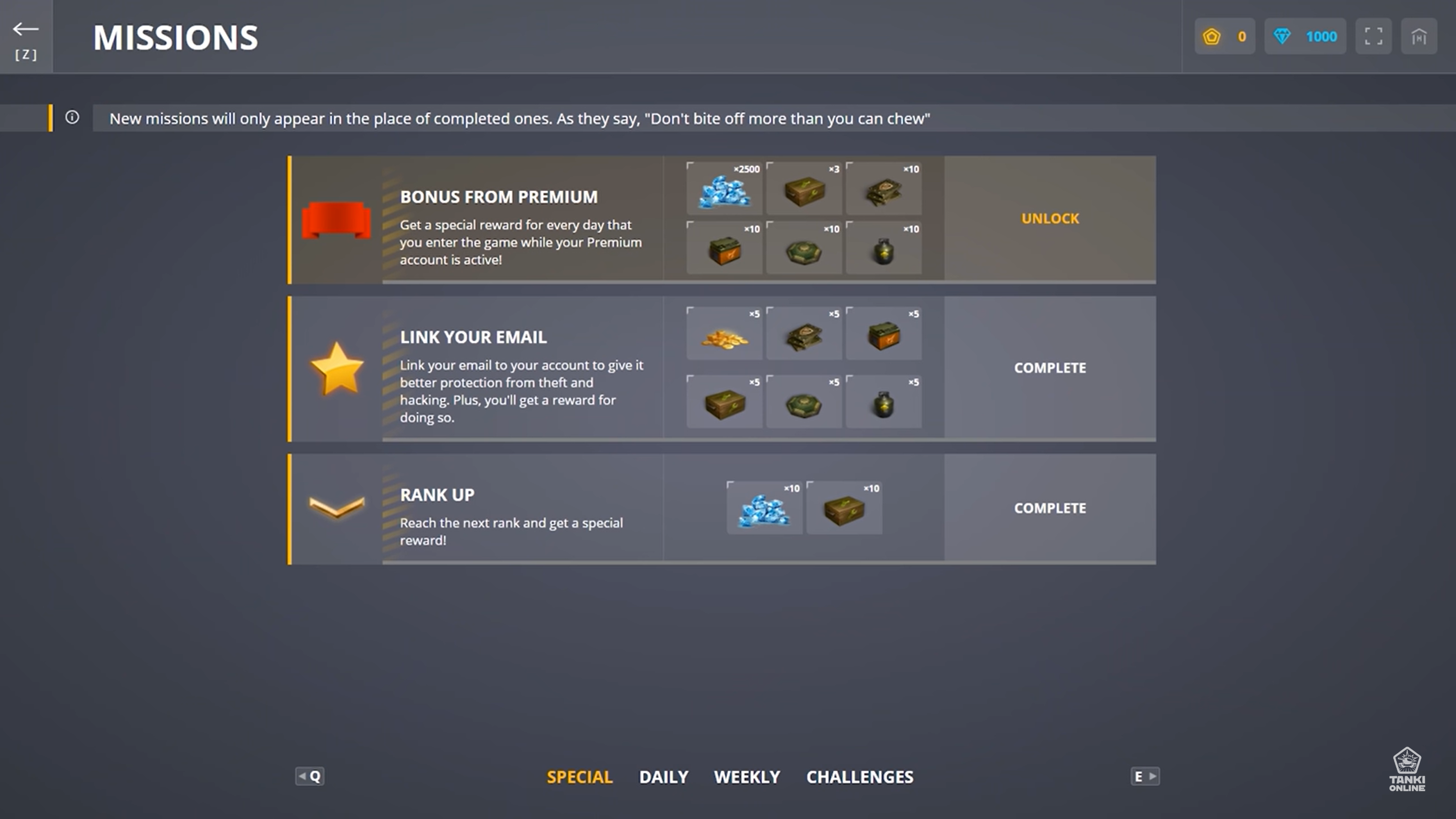 Retrieved from "https://en.tankiwiki.com/index.php?title=Missions&oldid=36829"
Report a problem