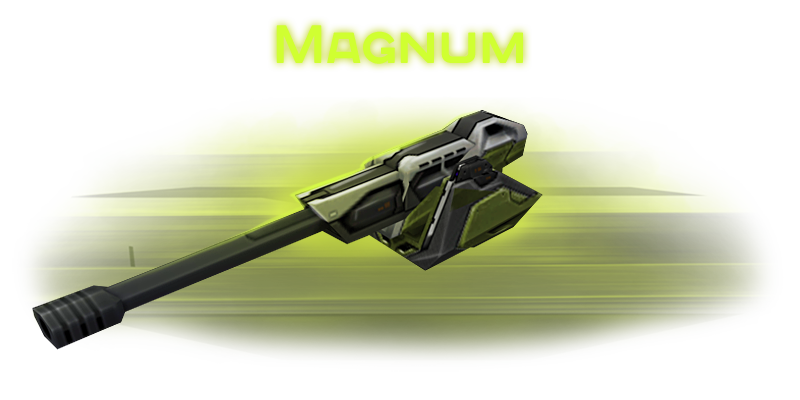 Magnum is perhaps one of the most difficult turrets to master in the game, but despite its hard controls, it evidently holds the title of being the most important turrets to have in a team. It can literally take out groups of people in one shot, while not even being visible, sitting quietly behind a small wall in its own base. This turret, albeit requiring real skill to use and master, is capable of completely shutting down an entire enemy team. However, between launch power, shot angle, and side-to-side aiming challenges, planting a shot where it's needed can be quite a difficult task for the average tanker.


A true magnum opus of artistic tank construction. The biggest caliber, which can fit onto a tank hull. The most destructive high-explosive shell we could find. The longest barrel with the biggest barrel brake. The strongest recoil, which can flip a light tank. Every piece in this turret screams “The Best”. Even its aiming system is the most… difficult. Heavy rounds fly to their target in an arc, making it fairly hard to aim. With enough skill, you can hit enemies behind any cover and at any distance. In the most intense cases, you can aim the barrel straight up, fire, and roll away, while the shot travels to and from the stratosphere to destroy anything it finds below when it lands. Another option is to just shoot at close range with all the ensuing consequences.

Retrieved from "https://en.tankiwiki.com/index.php?title=Magnum&oldid=38851"
Report a problem