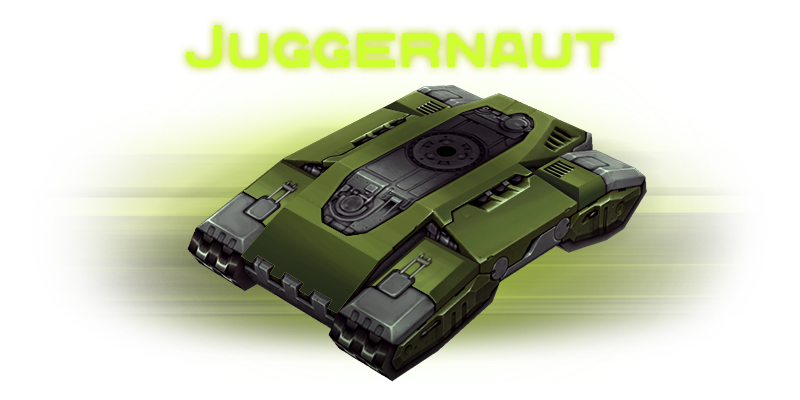 Juggernaut is a special hull that hoards a massive amount of hitpoints - five times more hitpoints than any heavy tank - while also still being able to drive at a speed faster than any fully upgraded light hull. It comes equipped with a special overdrive that, when activated, fully restores the hull's health and it launches nearby enemies away.

Note: Equipping the Special Protection augment brings no changes to the Juggernaut, as its built-in status effect immunity overrides the less-potent protections offered by the augment.

Retrieved from "https://en.tankiwiki.com/index.php?title=Juggernaut&oldid=38814"
Report a problem