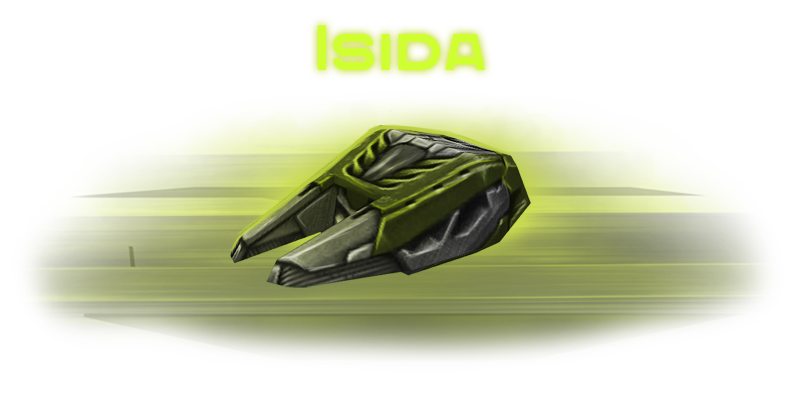 Isida is a medical tool first, and a weapon second. Being the only turret that has the ability to heal their teammates, it has the highest damage-per-second rating between the three purely close-ranged weapons (Firebird and Freeze), but it suffers a drawback in only being able to expend that against enemies for five seconds at a time. This makes it an inapplicable candidate for going on mindless rampages on the front lines; however, upon targeting an ally with the beam, its energy consumption rate is ten seconds instead, appealing to a multitude of team-based tankers. Playing a medic’s role in Tanki Online is interesting, but admittedly not for everyone. However, it should be noted that Isida is an excellent tool for gathering experience points quickly (healing other tanks' wounds grants experience points to the user).

Close range emitter. It can damage only one target. It can repair allied tanks. Has a limited energy capacity, which recharges over time.

Retrieved from "https://en.tankiwiki.com/index.php?title=Isida&oldid=35310"
Report a problem