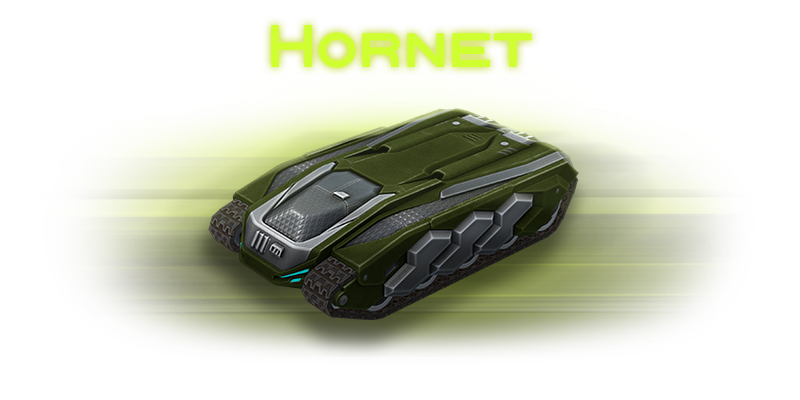 Hornet is the second of the three light hulls, Wasp being the first. While slower than its counterpart, Hornet is more secure diving into the fray of battle thanks to its increased acceleration, turning speed, weight, and size. The turret is directly centered on the hull, allowing one to fight effectively from any side of the machine. This feature also contributes to the stalwart stability of the hull, though its lack of traction and high speed still leave it prone to sliding off of cliffs and ledges.

Retrieved from "https://en.tankiwiki.com/index.php?title=Hornet&oldid=38804"
Report a problem