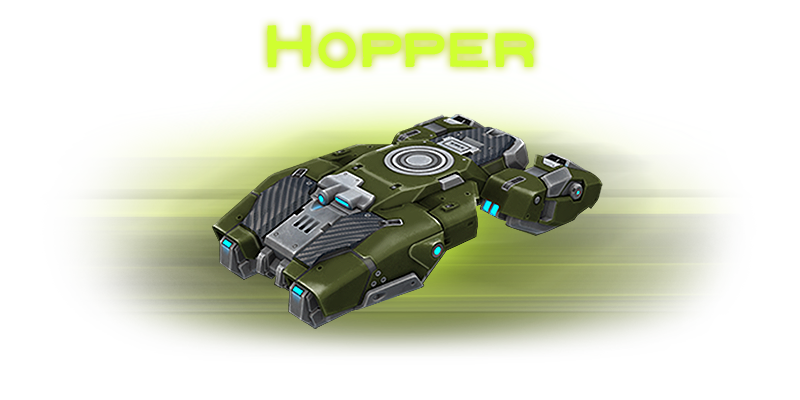 Light hull. It soars above the surface with outstanding maneuverability. Its Overdrive doesn't just stun and set fire to enemy tanks but also tosses "Hopper" up into the air so it can jump over obstacles.

Retrieved from "https://en.tankiwiki.com/index.php?title=Hopper&oldid=40103"
Category:
REQUEST TO CUSTOMER SERVICE
We have recieved your request for our services and we will get in touch with you shortly.
Report a problem