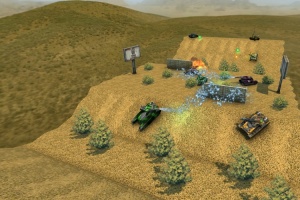 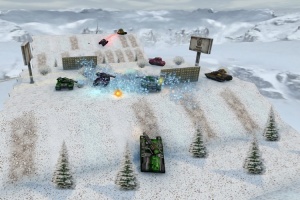 Overview - Wave is a smaller-sized map, occasionally seen around the EU servers. As the name implies, the map's structure is an attempt at representing a wave.


In a TDM, the aforementioned strategy works just as well, except that you can be partnered with an Isida - a re-generator of HP (Health Points), which can result in you never meeting your demise.

Moreover, believe it or not, a skilled Magnum-user can actually turn the tide in this map, as he/she can shoot across the whole map into the enemy while the attackers on his/her team can waltz though and bring the flag home.

In general, bulk is almost a necessity if you want to prosper in CPs - Hunter should be your minimum here, although speed isn't so much of a requirement, given the spawn points, and the distance needed to seize one control point.


You could still camp up top and create openings for your teammates - however, providing that offensive presence from afar won't be as fruitful as you helping out up close. There are only four of you, after all!