Guide to playing in Sandal effectively

Overview: Sandal is not a common sight amongst any server's battle list, yet when it appears it always provides a truly unique gameplay. It is occasionally used for 1v1s with almost any combinations. 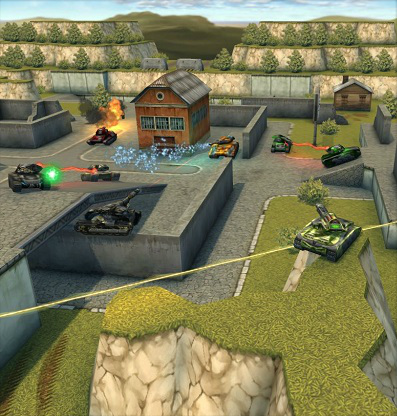 DMs in this map are incredibly rare, as are other game modes. Sandal's unique "selling point" is the flag positioning so it is most commonly found in CTF mode. Despite this, a Sandal DM can be interestingly fun. My first tip is to avoid the tunnels which can be found either side of the map. These tend to not be the greatest place to play with any weapon. Instead, if you are using Railgun, Smoky or Thunder there are 2 perfect camping spots: 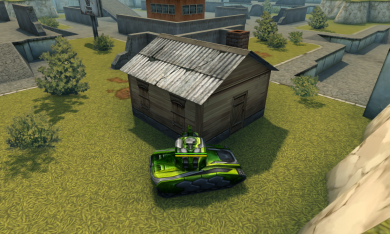 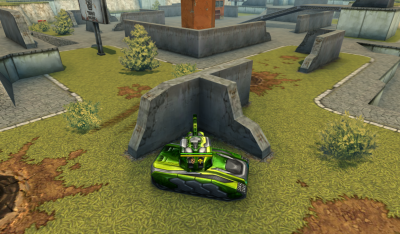 Ricochet thought is in my opinion, the best weapon to use in Sandal. Due to the medium size of the map, and the high number of walls, a Rico user can shoot to a lot of places in the map, from a lot of different positions.

Capture-the-Flag mode in Sandal is unique due to the flag positioning. Both flags are on a raised ledge and can be attacked from three directions. Up through the centre, via a ramp, by two side-ramps. These 3 entries to the base make Sandal quite a hard map to defend:

Therefore, my recommended tactic is to play counter-attacking moves. Do not sit on your flag, instead keep attacking, so that if they take your flag you will have theirs also.

Close range weapons equipped with light hulls are your best option here. Within your team, however, it is a good idea to have at least two medium hulls and definitely an [[Isida].

In CP mode, Sandal only has a point A. Around it, is a lot of cover. The point generally will change hands a lot. Freeze's or Firebird's can be effective here. Do not use a mixture of both, however, as they will cancel out each other's effects. As destroying the enemy is really the key here, an Isida would probably be worthless.

I rarely get to say this, but Shaft can be incredibly useful in Sandal. One of them can cover a huge area of the map and allow team-mates to move around unscathed because the enemy is fearful of being "shafted".

Just like in DM, Ricochet is very good in TDM, as is Railgun. To kill your enemies, a good tactic is to run through the ditches and pop out into their bases. An Isida can be perfect support for this task.