Guide to playing in Canyon effectively

Overview - On June 4th, 2010, the map, created by M0ONL1ght, was introduced into the game along with Deck-9. Canyon is well known for the ramp it had which allows tankers to make impressive flips and jumps. Given the map’s size, it allows people to use pretty much any combination while still being effective in any battle mode. As for its gameplay, you can either ascend through cramped tunnels, or via spacious desert pathways - the latter option being quicker, as expected, although the cramped tunnels made for better means of escapade. While it was popular in it’s earlier days, it slowly started to hide amongst the more popular maps such as Polygon, Silence, and Dessert. To many people's disappointment, the map was removed in 2014 due to a lack activity. On December 8th, 2016, Canyon, along with Deck-9 and Magadan, was added back into the game.

Medium hulls are better at going after flags in small matches. Light hull's HP don't keep them alive for long in small maps. As for turrets, any short to medium range gun such as Hammer, Twins, Smoky, Thunder, would do the job. Which turret and hull the attacker should use depends on their playing style. The key is to deal damage to the opposing defence and attack while players are respawning. This would allow any small to medium hull to take the flag and escape within a few seconds leaving, the opposing defence incapable of shutting down an attack. However, both the defence and other attackers need to keep an eye out for the flag in case the flag carrier gets ambushed or destroyed by a stray shot.


Depending on how the opposing defence is set up, here are some routes to follow when attacking: 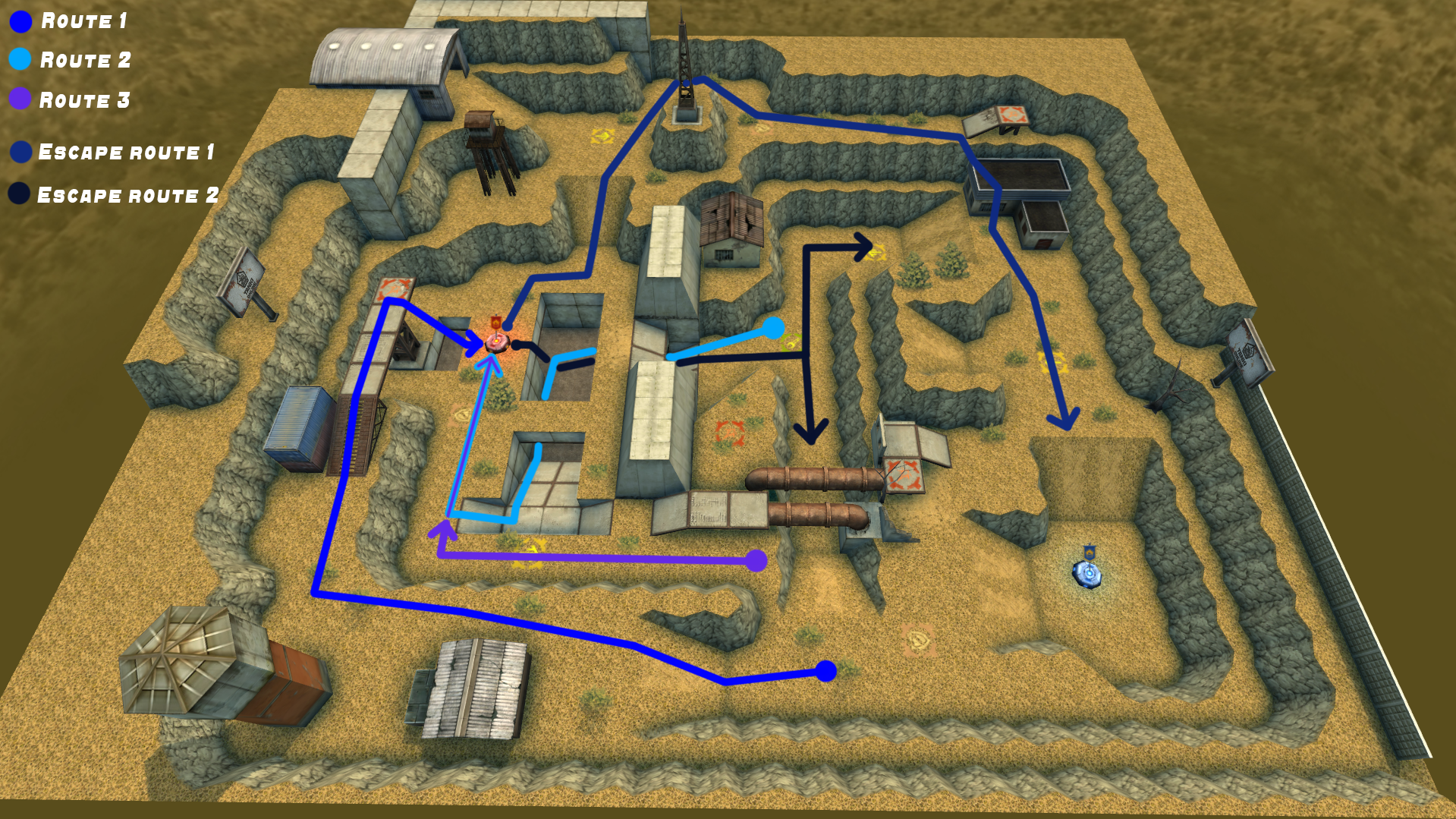 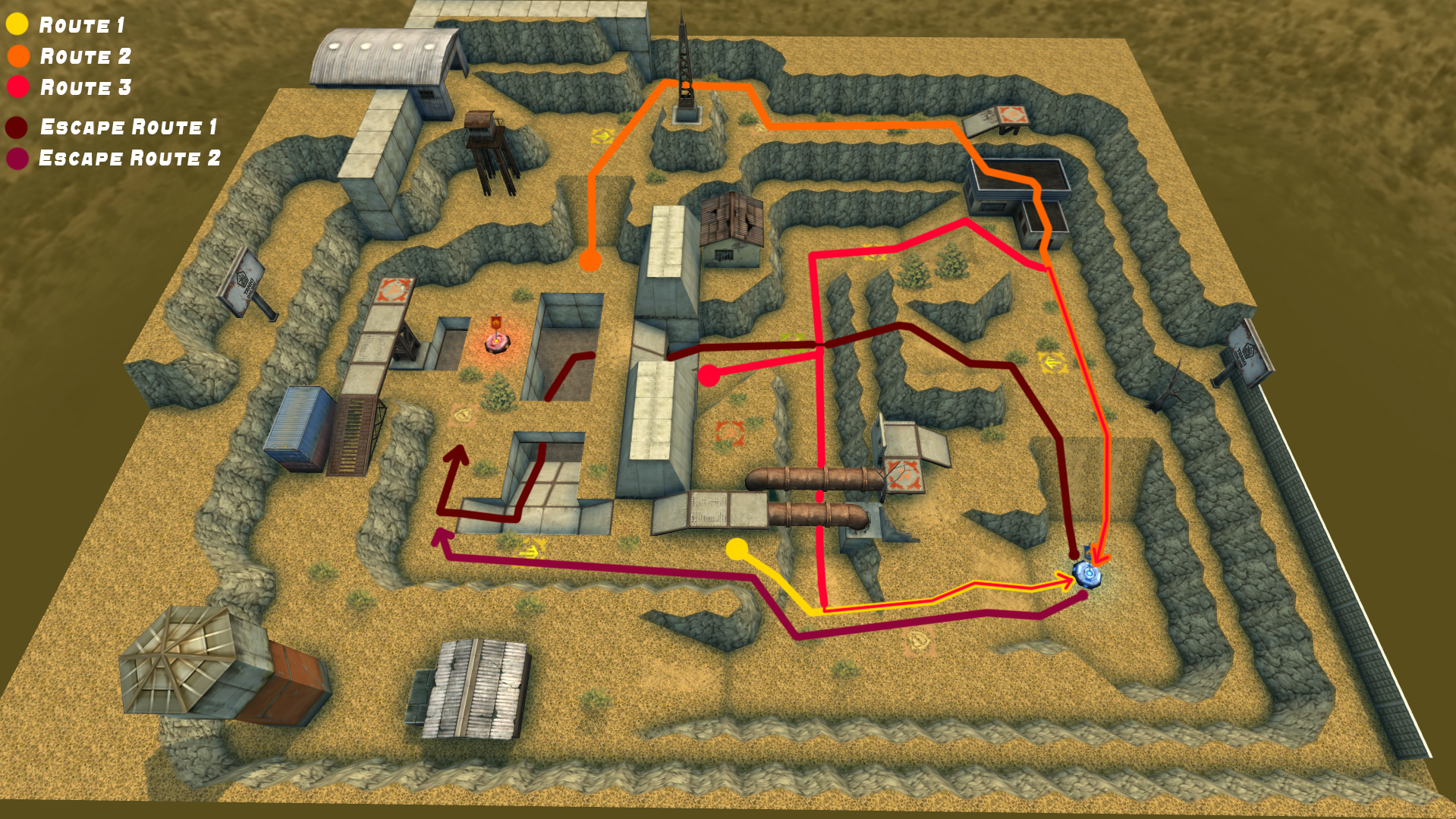 The most common method of defending is placing two or three defenders near the flag with mines covering the entry and exit points. Titan and Viking are recommended due to the fact that they can’t be pushed around easily and still have the perfect ratio between speed and health points. Turrets that are excellent for defence are Fire and Twins, with Isida as an optional support. Both teams can heavily profit from the utilisation of Magnum. Magnum is capable of bombarding either enemy base with a barrage of splash damage with decent accuracy. Due to the amount of pits, Magnum will also be able to take out several enemies at a time.

For both Deathmatches and Team Deathmatches, the most effective hulls are light and medium hulls. As for turrets, medium and short range will have the greatest impact with the right hull combination. Depending on your playing style there are several tactics that can be used. Wasp and Hornet combine well with short range turrets such as Freeze, Fire, and Isida but requires being on the move constantly. On the other hand, medium hulls such as Viking, Hunter, and Dictator work effectively when coupled with medium range turrets such as Thunder, Hammer, Twins, Smoky, etc.

It is always a smart move to have the back of your tank against a wall or where other tankers can’t get to you. This way, it will restrict other people's access to you and prevent ambushes. This is a great way to counter tankers that have light hulls and short range turrets, such as the dreaded Wasp and Freeze combo.