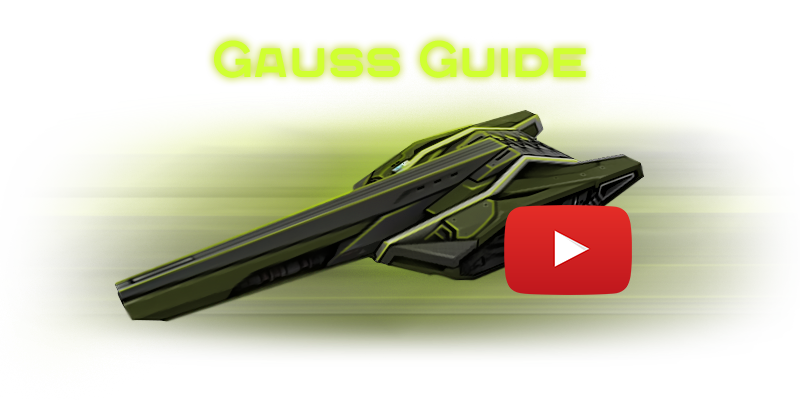 Gauss deals damage via two modes - a standard damage shot that reloads fairly quickly and a high-power super shot that inflicts major damage to the enemy. Capable of splash damage like its close cousin Thunder, Gauss can easily steal kills and blow tanks up in the proximity.

A Guide to Gauss

Gauss is a very powerful turret that is very versatile allowing it to deal massive amounts when locking onto an opponent or consistent amount of damage via a standard shot. Gauss shoots in a projectile manner, meaning after a player presses the 'fire' option the bullet will take a while to reach the target, the further the target is the longer the bullet will take to arrive however this time is quite insignificant never really reaching above 2 seconds. Similarly, Gauss is a long-range turret allowing it to deal good amounts of damage no matter the distance of the target, but decreasing over longer distances. If a player decides to hold down the firing button it engages the electromagnetic accelerator, which makes it possible to fire at remote targets, this single option for Gauss makes it very strong on medium to long-range map causing a problem for the enemy defense. However, just like any turret this damage also decreases over range and also causes Gauss to have a slightly longer reload time after firing this electromagnetic accelerator. 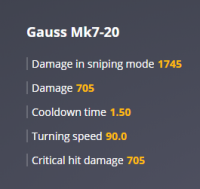 Again, Gauss is a very versatile turret meaning it can match with many different hulls, if a player wants to be the main attacker, I would recommend using Viking or Hornet due to the strength of the overdrives allowing a player to either ignore all protections from enemies or deal devastating amounts of damage at an increased fire rate for 7seconds. Gauss can also be used with heavy hulls giving the tanker a lot more defensive capabilities, in this case, you would want to try and play Gauss like a sniper (almost like shaft) its electromagnetic accelerator option allows it to deal good damage while staying a safe distance from the enemy.

When it comes to drones, Gauss can be used with either an Assault or Defensive drone. I would recommend the booster drone, this can make for an unstoppable combo when paired with hornet so you can deal the maximum amount of damage! But when using defender drone the play will have a lot more sustain, allowing them to survive for a longer period of time while assisting with kills.

If you feel like you have problems when facing against opponents using Gauss, or if you encounter this weapon often, you might want to try equipping an effective module to protect yourself against it, this includes the Owl Module, this will mean that an enemy player using Gauss might have to use their electromagnetic accelerator more than twice in order to kill you when matched with even supplies.

If you think that protection from this weapon will really aid you in the battlefield then feel free to purchase one of these modules, respectively upon what your rank is and how often you encounter this turret.

I have gone over most of the important things regarding Gauss, and I hope that you will have tonnes of success with this weapon. If you like camping, this definitely is an excellent choice or if you want to run around the battlefield dealing consistently with good damage this is also a great choice, I hope you enjoy Gauss and good luck on the battlefield!

Retrieved from "https://en.tankiwiki.com/index.php?title=Gauss_guide&oldid=38330"
Report a problem