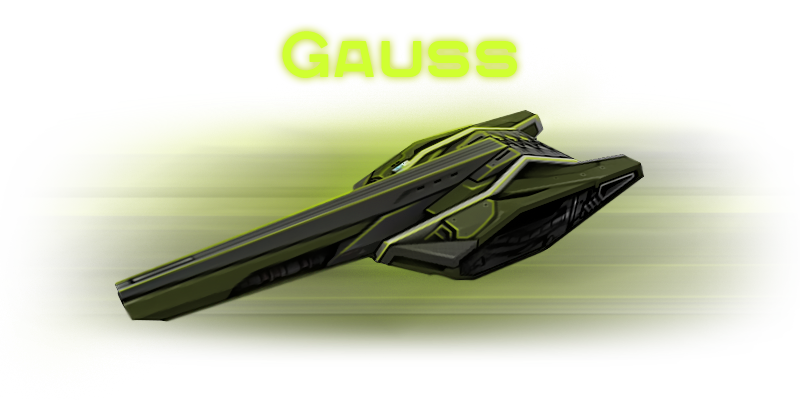 Gauss deals damage via two modes - a standard damage shot that reloads fairly quickly and a high-power super shot that inflicts major damage to the enemy. Capable of splash damage like its close cousin Thunder, Gauss can easily steal kills and blow tanks up in the proximity. However, the deadliest advantage of this turret is that there is no lock-on laser, allowing it to fire super shots in quick succession and earn the title of "SNEAK 100".

A long-range turret equipped with explosive shells that can hit several tanks at the same time. Holding down the firing button engages the electromagnetic accelerator, which makes it possible to fire at remote targets.


The «Gauss» cannon was born in the garages of tankers who were looking for ways to increase the effectiveness of Thunder against snipers. They discovered that winding the barrel's superconductor wire gives the shots a tremendous acceleration due to the effect of electromagnetism. A projectile fired in this way has a similar range to a Railgun shot, and delivered a particularly loud bang. This "home made" modification of Thunder, paired with a modern aiming and tracking system, gave birth to the «Gauss» cannon — the most mobile sniper on the battlefield. As the shooter evades enemy fire at full speed, the «Gauss» guiding system independently makes an accurate shot at the optimal moment. A distinctive feature of this turret is the antennas, which extend while the electromagnetic accelerator is preparing for the shot. The turret has been nicknamed "big-eared sniper" due to its peculiar appearance.

Owl - name of the module that protects against Gauss.