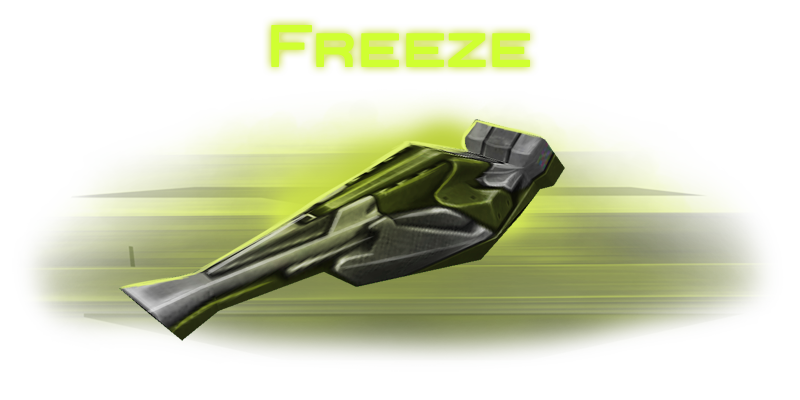 Though this turret has a design similar to that of Firebird, its function somewhat different; it sprays a cone of liquid nitrogen at your opponents, dealing damage and having the interesting ability to freeze your opponents solid (hence the name), immobilizing them in the process. An excellent choice for those interested in CTF game styles, from both an offensive and defensive perspective.

Close range turret. Freezes enemies, effectively slowing down targets of critical importance. Can put out the fire on burning tanks. Has a limited fuel supply, which recharges over time.


The concept behind this turret was devised in a distant Russian village. From a broken freezer unit and a vacuum, a local inventor created a mechanism for shooting snowballs. The creation was discovered by an engineer fishing nearby, and after many upgrades applied in a secret research university, the mechanism turned into a powerful tank turret. Covering the target with a chemical compound based on freon, the turret will damage and freeze the target, slowing all of its movement. The ability to fully freeze the enemy and escape its firing range allows to fight more powerful tanks. Important to remember -- don’t waste your fuel supply on snowball games with your allies. It’s totally fun, of course, but battle tanks have battles to do.

Retrieved from "https://en.tankiwiki.com/index.php?title=Freeze&oldid=38531"
Report a problem