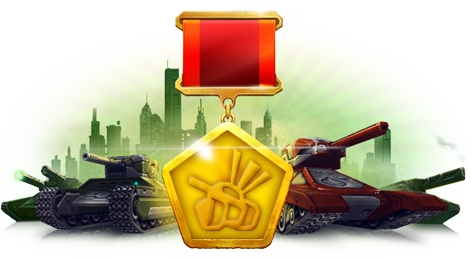 How to create a Clan

When creating a clan you need to choose:

After agreeing to the rules, the Clan will be created.

Every clan player holds a position, which gives him a number of permissions and possibilities:

Note: * — with positions lower than your own position

The Supreme commander is the player who created the clan. Clans can only have 1 supreme commander and the position cannot be transferred. Novice is a player with limited permissions. Novices automatically become Privates by default after 24 hours of being in the clan. Only players granted appropriate permissions can change clan players' positions. To do this, you need to click on the player’s nickname and select the desired position. You cannot change your own position nor can you change a member with a higher position than yours.

The supreme commander and commanders can edit the clan profile:

By using basic HTML coding, the description of a Clan can be formatted. The text size and color can be modified.

The statistics info in clan profile, such as "Tanks destroyed", "Tanks Lost" and "Clan D/L", is simply an average of clan players’ stats.

Any clan member, apart from the Supreme Commander, can leave the clan at any moment. Clan leaders and officers may expel players whose positions are lower than their own positions. For example, Supreme Commander may expel any player, and Officer may expel Sergeants, Veterans, Privates, and Novices. The player who was expelled from the clan or left it by his own decision cannot send requests and accept invitations for 24 hours, but he may create his own clan. When a clan is empty, Supreme Commander can disband it. The disbanded clan gets blocked but its name and tag are both still impossible to take.

In the clan window, the lobby chat is replaced with the clan chat. Its features are listed below:

The "Clan vs. Clan" battle function is a special option in the Pro Battle menu. This option can only be set by clan members and will only work in team battles (TDM, CTF, CP, ASL, RGB, SGE). Members of different clans can’t join the same team, and members of the same clan can’t join different teams.