Availability
Description in Garage
This paint features traditional African patterns used by African shamans with the belief that it can protect tanks from harm.
see also: Paints, Containers and Micro-upgrades of "Africa" Legacy Module

Africa is a paint in Tanki Online. It can be purchased from the rank of

Recruit in the Garage for 400 000 crystals or obtained randomly by opening a Container.

An all-rounder paint with excellent protection from Hammer, Twins, Vulcan and Thunder. Will make your tank a dangerous opponent at medium ranges. Covers your battle machine in a traditional African pattern. 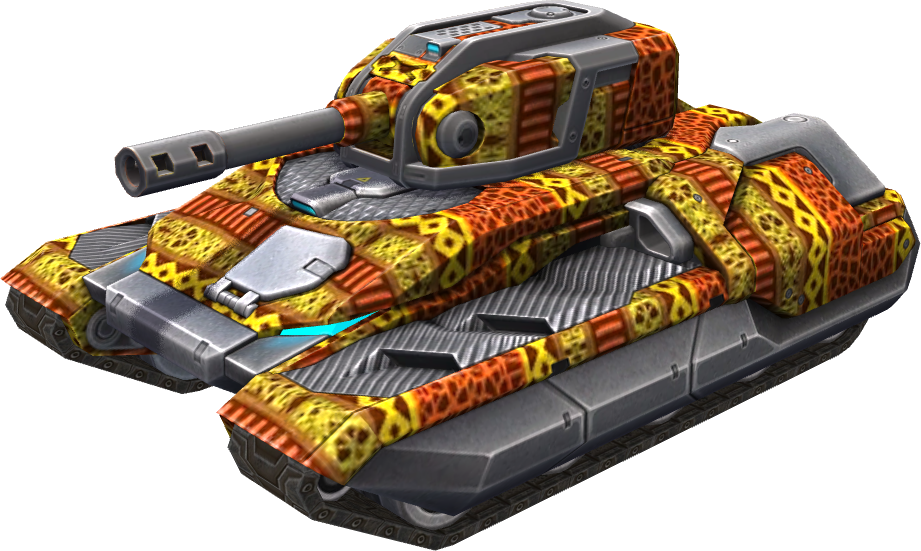